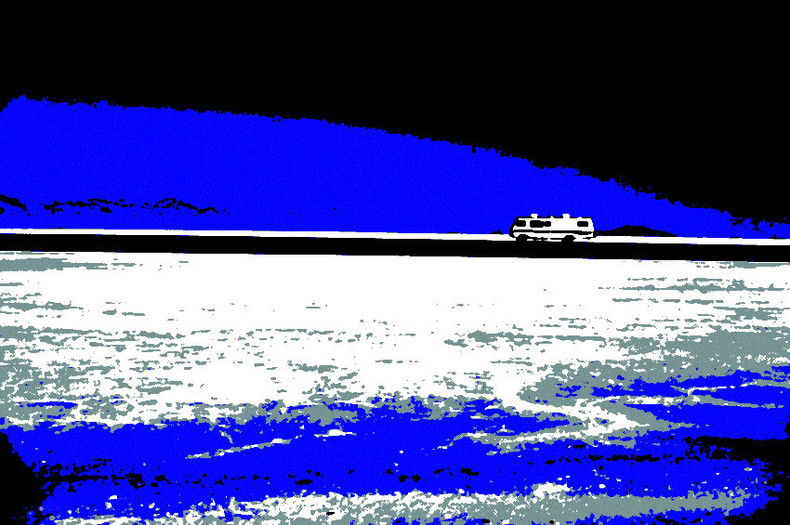 What I like about this, is Rob Skiba’s manner. Refreshing to hear a Christian not sound too – jump off the deep end – overly-confident. 'Measure' has power. The overall approach that textual breakdown of verses, hide the authors intent and questions re God-inspired, therefore ‘what in the world…’

Not my way of reading science through the Bible. Ancient cosmology, common for its day across Pagans ‘n all. Reflected in how the Bible as we have it was held orally and eventually transcribed. As for separating ‘God’ out of human influence -or- what we’re supposed to read as God saying – this is said to take; 1) God’s Spirit present now helping us read-aright, 2) Tradition (sifting and progressively discerning), and 3) Reason.

Some smug, most outraged ones, can’t hold themselves from linking it all-in, to quote, a comment; ‘very amused by this baffling movement in the “all the world’s a conspiracy” department’ when facing flat-earth-ers.’

This could backup the cry that flat-earth/ers talk is/are, ‘sent’ to discredit. I disagree. I think it’s healthy. I don’t have a problem with the most-outlandish claim, especially if the tone is open. What’s discrediting are the slag-offs, of those opposing. Not differing opinion – Obviously – but getting ‘personal’. And off we ding-dong. One thing outsiders peeking in, most run-from.

On the Church. Say? What’s one, most popular, ‘don’t go near it’? The question, what ‘kind’ of Christian are you? When sometimes hiding; “One reason I’m not touching; is you all a bitchin’ and attacking each other”.

I’m not thus-far/at all, a ‘Creationist/young’ but hey, talking it through, doesn’t wind me up. In honesty, I plead a degree of ignorance. Similarly, in not hearing the opposite ‘all-evolutionist’ getting the thumbs-up.

But what about Building 7? Or ‘the Oklahoma City Bombing: Part One – the Official Story is a Lie’ (I’ve just re-read this on ‘Crimes’)? Where my tolerance has run thin, is unless someone is on to the ‘world’s a conspiracy/department’, what does it matter what they think, about this, or that? I can take Jesus talk but not so much else.

For instance, Rob calls/with others, people as – ‘Globalists’. No one owns that term but whoever uses it re earth-shape, I assume, doesn’t pause regarding its ‘other’ use. Why? Because that’s, all that silly ol’ conspiracy theory guff.

No, I say we need flat-earth-ers. I go so far to say they/it’s ‘prophetic’ because it winds up those, too-cool and contained, for the real shocking truth of the world we really do – known-here – live in.

Something needs to give them a jump-start?

I’m soon finishing Michael Heiser’s book Unseen Realm. Excellent, even if I’m not sure, I agree every here and there/the general overall revelation. Nevertheless, he’ll probably have me. And I’ll swing towards his thesis. But his Flat-Earth article is titled; ‘Christians Who Believe the Earth is Really Flat — Does It Get Any Dumber Than This?’ The comment quoted above is first-up. What’s interesting, is they inadvertently end-up somewhat opening up, as they fall over themselves. Gushing how mad and bad it is, that Heiser was linked by some flat-earth-ers and; By others and – ‘how dare he condone them with this platform’. Then some start equating the impossibility of the resurrection etc…

There’s some informative reading on the thread but all are ASLEEP. Bet ya. Forcefully so. Insistently. “Must”. Panting so.

I won’t be going on ther to comment, as a rule I keep ‘close counsel’. Don’t think waking-up is a rational issue for the most-part. I’ll pray for them. That of course – more…

It’s never an easy thing stepping out of the box and questioning the status-quo to be told your strange, odd or mad. But as I say, Well, somebody’s got to be it so it might as well be me!'