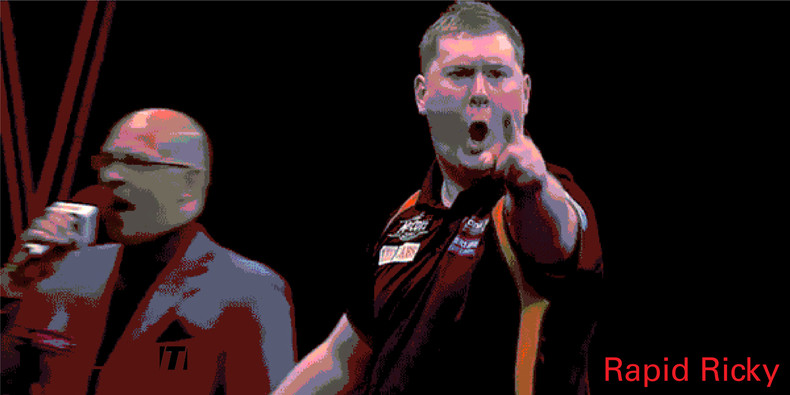 Rapid Ricky won one of the final two places out of the qualifier, and then this (three minutes of him ‘super-fast scoring and doubles’ from the match).

Will update and ‘twit’ today’s result.