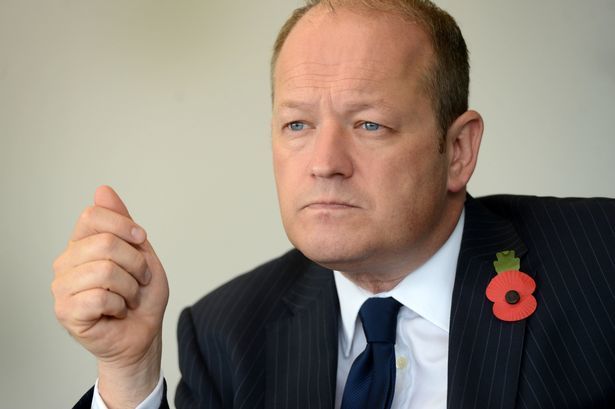 Simon voted for the UK further (public) involvement in Syria. This says enough about his politics: Believe a lie or compromise, on one occasion it mattered to stand up for sense.

He’s likely to be sacked because, the plus for public opinion will be too irresistible for the ‘enquiry’ to resist and threshold for ‘bringing into disrepute’ low enough.

What we have though is a media duping, self-righteous feast. More confusing drives ethically. A soap-opera like gaggle to gloat on. The cherry on the top: “We’re-better-than that”. A pale rush of satisfaction.

This human nature could be somewhat inherent but its been drummed up in contemporary times, as the first and last universal thrill. On one level, a celebration in a virtual competitive sport. Yet it’s something we should all admit we suffer with and would do well to resist.

A man - ‘single’ at that - texted a woman, something he assumed private that contained language, if in a position of public prominence, would be in the least embarrassing at most a career-buster.

The age thing is some people’s preference and desire that moves into crime. But at this point, lines that count, are drawn at 16. So is she’d been 19..? Or..? What age would have kept him filling the Press up? I doubt any.

He’ll pay for this and those clearly child abusing - will all be “lovin’ it”.

News Inc have suffered over perceived failures regarding CSA. This pressure to report some rare-better accuracy, represents their fiercest challenge, in ‘people’ overturning the scam they perpetuate.

I assume Simon’s care-free risky behaviour is connected to the same spark in him that had him join a handful investigating and advocating for CSA justice. This represented the closest to MP-action that might crack-open some of the establishment lock-down.

There we have it: Press and Parliament. What other ‘issue’ bothers their elite criminals more?

I assume Simon was warned away in his CSA-talk, pressured to pull-back. Maybe he did. No need now eh?

Simon is probably a more-transparent sort than others of his ilk. Or let’s even say ‘honest’. And he’s a flirt that gets the hots. (Expected compulsive to turn to ‘addicted’ and a rush to wave a flag he’s ‘off for help’ should - can’t see it myself - he survives as an MP.

Never mind that eh? The others involved in this “she’s seventeen” scandal are now our painted-up victims to consider. All to get us hot and bothered and eyes off the genuine ones his previous shouting helped keep the decent among us alive with concern.

He’s best out that House of Charades. Perhaps he’ll meet a good woman and get a new earner but... here’s the key and hope: Defy the current crowds, smacking their lips at his downfall and need to be ostracised from all public life.

And stand-up for CSA.

That would throw us. Why not? He said he’s sorry. He has fame to work with.

Now that would be righteous and just.