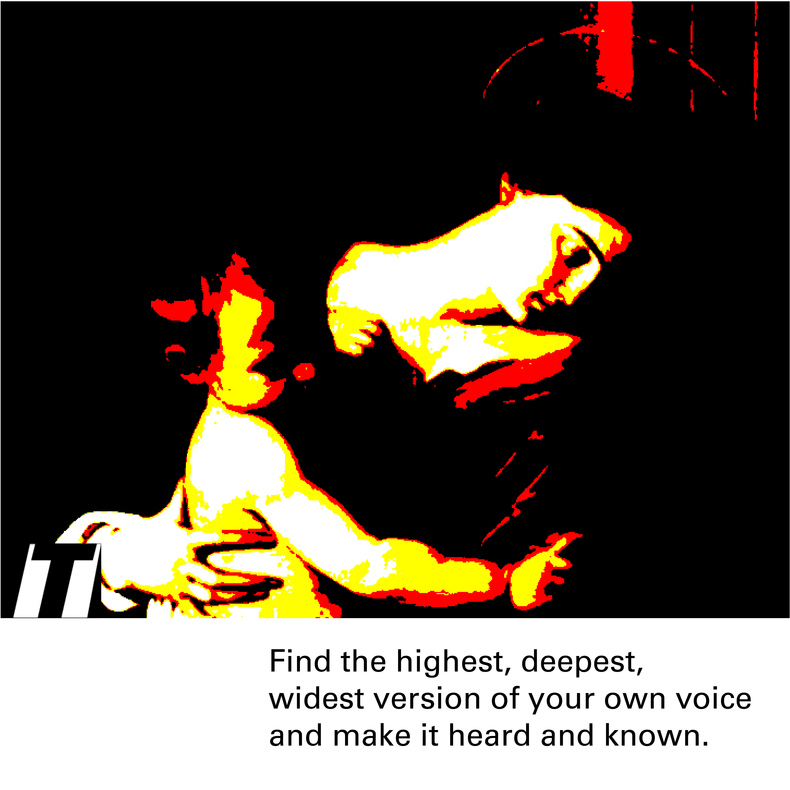 Last year 25/12 I posted on Tap (but canny re-find the post) - that it was ‘WWW-er of the Year’ followed by Aangirfan. This year A-fan wins hands-down, Tap leaping along in second place. Not only do these two pump out what all good (wo)men should pay attention to but keep on ‘doing’ god-etc. Dem bold.

I also noted Drudge had gone green text and only red linked Alex Jones. Posted this in the comment, looked back and noticed he’d changed it and added - can’t remember who now - three or four other red links. In the comment wrote, it somewhat spoiled the sentiment. I wondered if Drudge had to watch himself and thought better of his honest and generous affirmation, upsetting or at least a disappointing shrug, from probably most of his millions. They’d not take this as a cheerful present.

Was or wasn’t, he came out this year - and later today I’m going to re-listen - interviewed by Alex Jones. This stirred and won m’heart like little spoken-else this year and therefore is ‘TS Interview of the Year’. Later today I’ll do a little two-trophy graf and post.

Here’s how Jon Rapponport described it:

Yesterday, Matt Drudge showed up unannounced on the Alex Jones show and provoked a stunning conversation about the future of America.

Drudge: “It is a very simple thesis: you are what you dream you are and become…”

Drudge: “The Internet allows you to make your own dynamic, your own universe. Why are [people] gravitating toward somebody else’s universe?”

Alex: “…If we start creating our own maps, our own world, our own vision, then there’s no way for these cultural tyrants to program us…”

I strongly suggest you listen to the whole interview at infowars.

It is a call for more authentic, independent, shove-in-all-the-chips imaginative voices in this country. Many more.

If tempted to carp at and pit one alternative voice against another, instead step out from the shadows. Find the highest, deepest, widest version of your own voice and make it heard and known.

Last night, Drudge had Alex/infowars/Daily Mail/Independent/WND/x17 red on green. (This last one I dug into and supposed it was some liberty-loving boss of this celeb-pix library - that, or thanks over I assume business dealings(?)).

This morning x17 has been replaced by the Telegraph. Again, how to cover a controversial stand and soften the blow? Perhaps going-UK, is an implied crit with WND, for Drudge-wide to react, “Alex Jones, if you must”.

This is all getting a bit navely but two snap thoughts. 1. The Independent has become distinctively less authentic... Independent of late, not only competes on the lie-for-Govt. mouthpiece-most stakes, but possibly takes the biscuit. And 2. WND, again, of late... I’ll say this; Joseph (F) is a thoroughly decent sounding, pioneering, trooper but oh, me, oh my... phew, where start? Not now/or ever, but one of their ‘sections’ describes the madness in a word: ‘Diversions’.

On WND’s ‘Faith’. This I occasionally scan, geting me all do-lally. Not really the perspectives as such, (although...), but as the son of an Evang. hero, who’s fled the coop, titled his pre-fled book it’s; addicted to mediocrity. Oh, and the bonkers.

This, and from one of the sources:

The Rev Andrew Frater has said an adherence to the traditional story of the birth of Jesus had the effect of keeping people with doubts about their faith away from the church, as the Nativity was too easily dismissed.

And from Frater to Fraser, this, which has some neat pure and the impure thinking and other apple-cart turning, but insists re Mary was a virgin; The problem is not just basic biology: it doesn’t add up theologically. Again. What??

Doesn’t add up.... That’s that? I’m curious to know how the core idea that the all-perfect God almighty might actually steep so low as to be born - presumably - believed, does? But the suspension of basic biology and a good number of other aspects of Jesus recorded life that don’t add up ‘contextually’ (not married, one example) is - Dr G uses the wrong word - ‘theologically’ incoherent.

Theology doesn’t ‘add up’ it’s the ‘sums’. The only miscalculation is held by the theologian or whithin the school of...

“Jesus was from Mars, wore pink and green, landed in Barnsley” isn’t a widely held theological question to bother calculating. The virgin birth is, and its consistency theologically is Evangelical. Liberal not. By and large. Probably me pushing this too far, re Dr - and why the need for people to include this? Can’t we keep it to ‘medicine’ and stuff the other zillions on the ‘doc’ label? - Giles, words. He’s a fine writer, would to God I... but may I restate the ball-park:

Christianity exposed in a question. “What ‘kind’ of Christian are you?”

Divisions spelling an inherent crit. Hence, the question is more oft, affirmation of unbelief in these Visions of Jesus. How to get a ‘believer’ to then go on and confess this by inferrance.

I go lite an’ shrug, “...just Christian”. I then have to get in; acceptance for gays, gender equality, grace, not a hell-ever-suffering, hope for most yet urgency to receive” - in less than 20 secs. I tend to end on a ten second alter-call, “open this” (out comes my sword/pocket N.T.) and go; “ask, are ya there, here, help... come?” End on, “if I pray for you that helps”.

If they said “yeah but the virgin birth... (etc)”. I’d reply leave it as fiction but meet God, he’s not going to not... because you think this or that. Or done or doing, for that matter. And thinking back, doubts to desbelief, about a birth without human seaman, is hardly the reason for low or no felt need.

Now would that I spent my life doing the above (I’d be one happy chappy), but I’ve done it high hundreds, low thousands. Including times chugga-ing for Christ, the later. Poor and rubbish long-middle years, the awoken news, finally combined to ‘get me going’.

It’s not about misty theories that when they charged Jesus with being illegitimate, they should simply have replied: “So what if he was?” so preaches Giles but ‘so what if he was’ not of a virgin. Our own personal virgin birth is what matters. This puts ‘seed in womb from the womb-maker’ in believable perspective.