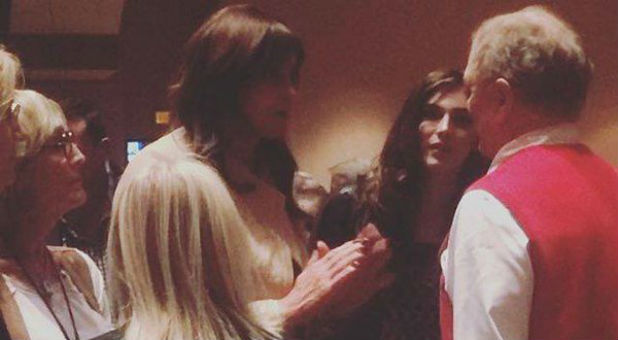 Doing some sums: In the UK what... maybe near-on a million committed-sounding evangelicals? Could be half that again who don’t do church (if at all)? Plus thousands upon... who - who-knows-what - probably confess, near or thereabouts?

Not to, too closely look, but wonder some; who is/not is, what happens next/what-otherwise?

And how many up-front, you-got-me gays... in our midst? 5%? And how many active evangelical-ish, in love-like marriage with another of the same-sex or - trying best as/succeeding, celibate? Few hundred?

So... let’s make this ...huge issue the stick to bash, any wider unity to bits with?

For the trad viewers, it’s not faithfulness to scripture, (no one's stopping this talk, at least relatively privately ...yet). What drives this need to 'have' to-mention. Discernment says, it’s the ever-unfaithful: Pride. In this instance, to conspicuously flag-up, over conceding the reality; “this view is now in the evangelical umbrella, nout we can do...”.

Therefore, on and on and... blowing the ‘plight be our new normal’ trumpet. Smacks of the need to re, and re assert this line, regardless of any persuading or convicting?

One direction: fellow - wavering on it - Christians.

A mutually respectful recorded discussion with similarly gay and not-for gay evangelicals, might carry some weight - either way - but, pushing the quiet confidence routine, giving no track to the alternative - paradoxically - promote those they oppose.

‘They’ don’t like Cait coming to church? From any perspective, certainly God’s, getting some prayer should be respected and... Does anyone have to ask “because?” What, to ask ye why? (Embarrassing, I even need to write this).

The photo ops conducted by Bruce/Caitlyn Jenner in at least two Houston megachurches who were very active in defeating Mayor Parker's Bathroom Ordinance, were transparent and prove that the battle for decency, freedom and faith is far from over," Welch said. "The tragic stories of Mr. Jenner and those like him who have become confused about how God designed them as male or female, call for our compassion to help heal them, and our determination to never let their plight be our new normal."

Fight joint-toilets (this church did), I’m with em to be free to keep seperate, and generally preference this way, but as for their plight be our new normal? What’s that?

How may TBGL,,,? How many? In what, time-scale? Presumably, before normal is obliterated on every front?

And is there anyone on the front-line fighting the real onslaught, shouting Jesus? Mega-quiet, while the wolves and lions prowl.

Woman once with willy/man without.

First and foremost a person whom God ab-so-lutely loves...

Caitlyn for Christ, what a catch.

She (note respect), gives it the contrary and gets conservative here and there. The ‘Gay-mafia’ (yes, title deserved), come out proud, to do the typical fuss-up. More yawning observers but the promoting presstitutes know their orders.

Gay-welcoming evangelicals (and you can throw in liberals), tend towards traditional and appeasing, supposedly ‘progressive’ views, theologically and politically. Easy fact to establish. Sad, in some ways, very sad actually. “Just let us let the queers in and we’ll be QT otherwise” is partly why.

"This is clear" we hear, 'no and never, is same-sex love, ever right with God. And as far as transexuals go... etc etc.

But it is, thoroughly debatable, and not clear. The big pretend is, it isn't.

Per-son-ally: Aside from over-pro-gay sex education in schools, (the claimed need on the hetro, can also be an open door for ‘abuse-central’ to manipulate) - and freedom of speech outside...

The writer (sure that), Miles Mithus, latest risqué detecting (gettin’ me all shook up...), lights the ‘both sides wind-up’. Out of context for here because, this is a ‘truth or not issue’, but the tactic stands in community break-downing rather than Christ-like disagreeing gracefully and re-engaging where necessary:

Here is a riddle that may be on the wall at Langley: what hides the truth better than a false story?

The answer: Two false stories. What hides the truth better than two false stories? Two false stories that appear to oppose one another completely. Most people will see two opposing stories and think all possibilities have been covered. That is because most people think in a linear fashion. On a line, you only have two opposing ends of the line. But if you think of ideas in a circle, you realize that two opposing points on the circle are just two points, one at 12 and one at 6, say. The truth may be at 3 or 9 or 7 or 4.5. That is what we have seen in all my papers. They sell you a mainstream story at 12, and then come back with an alternative story at 6; but you forget that the truth may be neither one. I have shown the truth is always hiding at a third number. 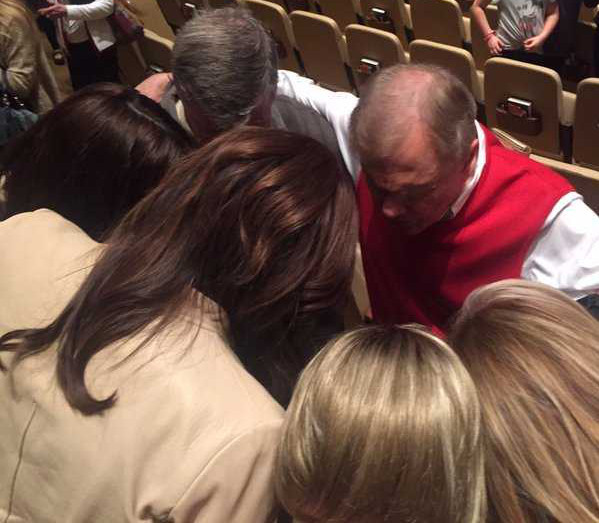 Cait in the huddle