SUNDAY SCHOOL: 'Decide What To Do...' With Patrick Bergy on Security, and Richard Stallman on Software.

Managed a late couple of hours or so. Stopped at Midnight. 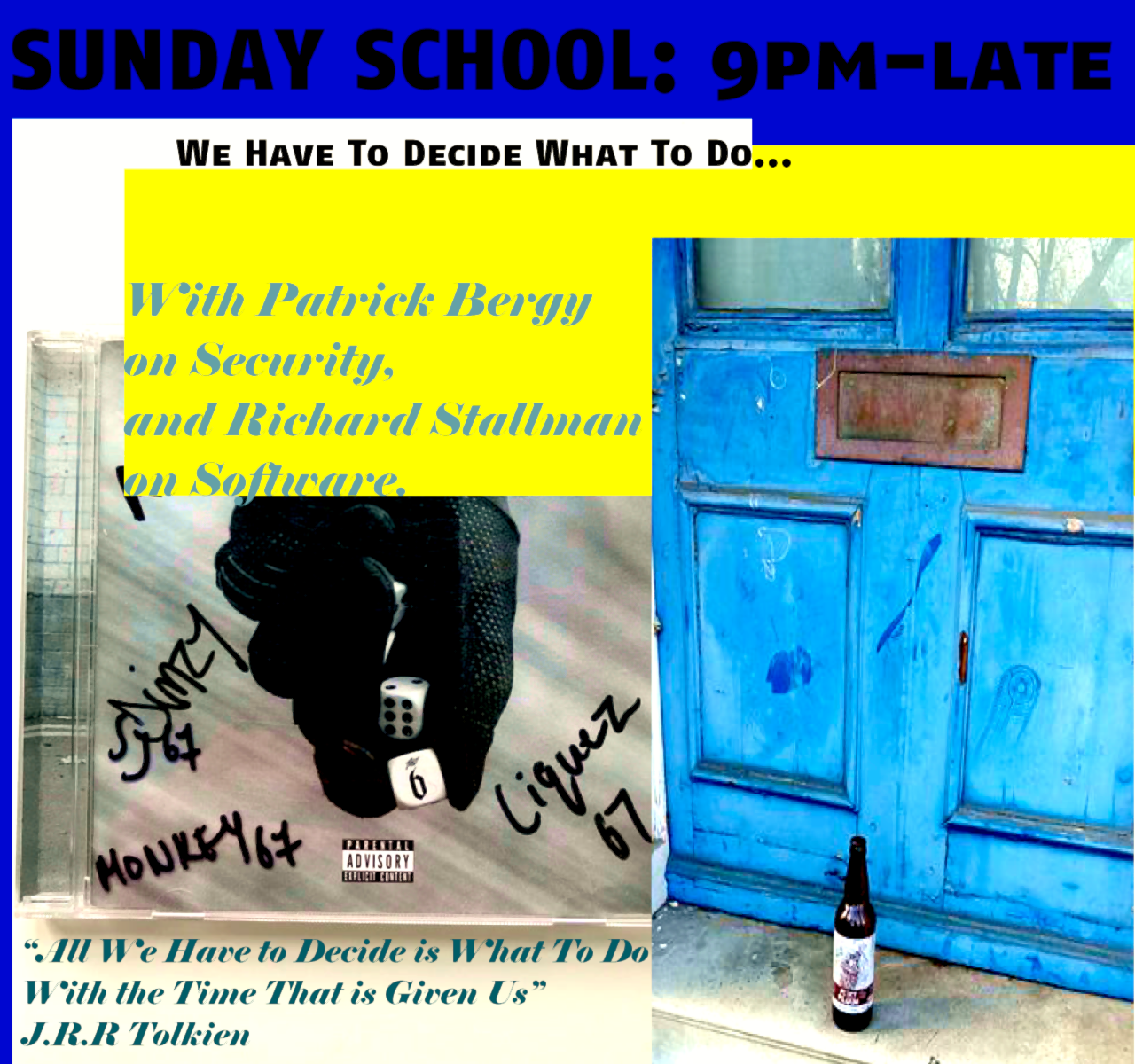 Rattling and rollin' on,

...not, the intention. Yet, no prep. today, and to throw the aimed-for Churchy open-to-all/ produced for All Comers?

Offer up observations, feelings,... from the talking shops, from YouTube.

COMING-UP: In essence, be a text-based... hit on the things that, hit me?

A couple of hours, and get me rocks off, ...Y'all, be few, many, or... empty congregation and/or visitors? Appreciate the interest and like to bring, Something Good/that, be tryin'. 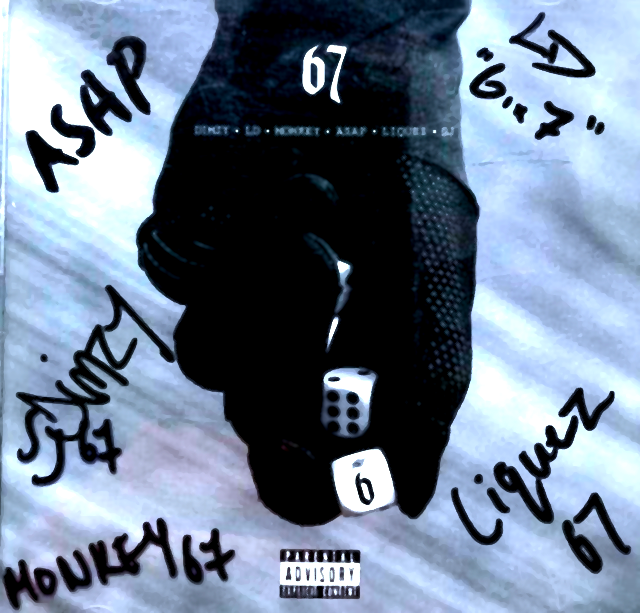 Thought the cover image, used in the graphic, ought to be seen in full. The news and music, and... Drill/Grime, in and around, home-grown, Hip-hop? The temperature, and pumping, and prolific output is the one, clear, update. Not that the scene/s, had gone-quiet, but it's as though were back to the weeks before the 'Jab War', began. The last quarter of 2018 was a busting period and volume, yet, a good number of outstanding pieces.

Nest week/T'morrow? Truthscoop and mid-week of UK 'Social Housing' rooted, productions and voices. OFB are rolling strong, and on the heights, as things stand. The pause, button, is now on Play. One's able to travel and not caught in the Criminal... System, have eyes on the US of A. OFB went on Vlad TV (filmed in the UK), and have releases coming out... well, ...all, the time. Played two or three songs, new for me. Get on when, Truthscoop'/Drill (Posts), are, a-happenin'.

Better bundle-in all and tap the remainder of my thoughts/on Talks, under the heading...

Like to think my background and experience, allows me to be open and relaxed and societies' collective while eclectic mix of world views, Philosophies, and Religion/'Spirituality' (not a word I use/ much... m'self) , or; "none of the above", through to the Religious, (my, word), and, 'New Atheism' etc.

Until, someone, or group/ into..., Christian Theology? Nuttin' for me to be alerted about, and/or, a priority compulsion, to jump in.

Tonight,my 'fam. care', took to seeing a new/for me, TV prog. at 8 pm, Call A Midwife. Didn't expect any surprises. And for cert,, not a positive one? The TV drama had me consider, When..., and, the last time, seen something like? (Father Brown, accepted), that seemed, upside-down and what TV, almost 100%, isn't. No time to elaborate, but my reckoned, unique(?), elements:

Not sentimental and without edge/ Positive portrayal of Sisters/Nuns, and, without....caricatures, and patronising, the life out of .../ Black people and not the over-done TV/Media preachy, put-downs, and white people. Rather, a counter-balance and something of the racial integration in the 60s, (not sure, when its set?) / Unashamed about traditional and universal Principled, and Just, morality./ About babies and Mum's, and struggles...

'Best Friend, Willing,' the plan is to listen to Sunday Wire, finishing at 8.30(GMT). Blow the, Truthscoop' Sunday School/Service(?), Trumpet, at nine.

Richard Stallman is courting, fresh, controversy in 2021. Not that it's about RMS, (Initials, and online 'handle') Not looking to recent talks. One has him mention, in passing., and, 'JABS'

Notes the choices fort consideration, suggesting, "caution". One breath, middle-ground language. In the next, babble and happy, he has been, pricked by the experimental, medication.

The power of peers and need to be in with, who-knows. Historic, Stallman, is full of sound and healthy info., thinking, and activism.

[To carry-over and the gems and pertinent, will integrate in/post on.]

The people in the posts' title are linked. Suffice, to holla: the substance, and potential Corruption-busting, strategy is detailed and seeks to deal the the Cooperate-Govt, combo of destruction. The way to take-over, and political leader, Mussolini, a century ago in Italy? His definition, of 'Fascism'.

The Good News? As Brendon and Patrick, mews on: The effort to maintain lies, vs. the more-powerful, and organic grass-roots, and consistent, Truth-telling. That said, plenteous opportunity, and get to do a little, telling?

Bible-quoting/ Christian' talkers, who can't see, or don't want to look, at the underlying questions. By assuming lines that seek to yalk God/Church/The World/The Bible; although, less on The Book says...? More like? Pretend, over/cover, the differences up, and ignore the divergences in Christianity.

[MIDNIGHT,.., call it a quarter of a go. Tap and graphics, MONDAY/... later. Thanks again for checkin' Truthscoop out. What was to write/will kick-off and re-play/proclaim on Plant a Seed.]

The Fellowship of the Ring by J.R.R Tolkien

Don't watch TV coverage of Covid-19! (Or "social media"; the details are different.) Watching repetitive coverage of something frightening can interfere with clear thinking, even traumatize people.

TV news coverage of a crisis struggles to fill 24 hours a day with "information", notwithstanding the fact that the actual flow of new information about the crisis is nowhere near sufficient to fill that time. What do they do? They repeat. They present tangential and minor details. They make the same points in different ways. They belabor the obvious. They repeat.

If your goal is to be informed, you don't need to dwell on the crisis for hours every day. Not even one hour a day. Getting your news in this inefficient matter will waste a lot of time — and worse.