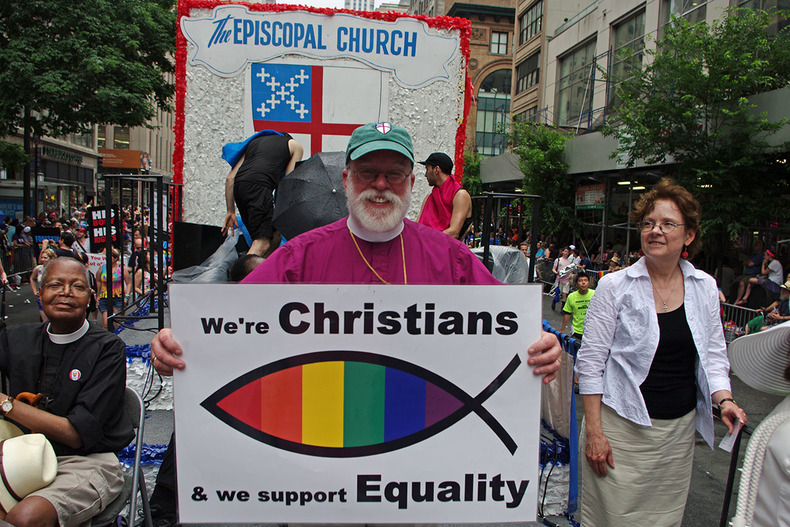 Have to say, Giles Fraser puts it well. Clear as, them bells.

I hadn’t picked up on the shift national to more global re governance. And this, being more ‘all about gay’. The church, not only the CoE, with this queer awkward question - sadly, defining motif.

It is prophetic, must weigh. For now - not a Fraser paid or that-clever-a a writer - bubble up blurb. I’m for making these posts more scrappy, unfinished, notes under, freestylee. And use the bold button.

Being a twuffer, gets you seeing what links wider - and to the crim-elite. So what, doesn’t it have to do with evangelicals? Their/or not; accepting ‘others’ (could be all, but those into ‘gays-in-church’). These straight as yet, going to their locals and be up for gays joining ‘them’. Remaining family with these supposed loved ones across regions and diversity, is all too much.

Possibly primo ones should be somewhat guarded, at least it could be a justifiable cause to challenge those in your organisation. But not - argue all y’like - one more secondary theology.

“House of Primates - (or proper name) - motions, those who want to accept or reject...”:

A now rooted and well established evangelical position (for a growing some) accept hetros isn’t for separating the wider over. Too little and too late. Lost ground the day bookshops, Premier Radio, EA (Evangelical Alliance), Spring Harvest etc, decided not to take sides. Or at least let the sides debate. Horse bolted, no good looking to find. Ne’er coming back. All know this. Lost because; majority of evangelicals are ‘not-accepting’ but, only a minority would or will push to shove - cliche/alert - Do the mafs?

What the trads on gays - who fight for exclusion - want, is to conduct a form of warped, misguided evangelism (?) that’s patently a whopper stumbling blocks. It’s a kind of appeal to those who agree without necessarily any Jesus-religious instincts to “come and join us... no gays here”. It’s a protest vote. A need to police. A court on earth when, in this case - that’s - for heaven. It’s also pro-African and anti-Western. Trendy cultural trends with their over reactions.

Trying to discredit the church around the corner. You can come here but we don’t want them over there...

That and - surprisingly for these non-conformists - an idolatrous belief in Church institutions. No one stops them hiring a school hall and doing/being church. Of course it’s the brick and mortar of the institution that matters.

It’s all about the failure of mission, particularly in the UK. Their failure... (talk about a last refuge to cling to). Could also cry how about, ‘call (them) a leper’ but it goes deeper. Then we have straight-hate. And gay-hate. And, the lets get them fighting-the-aim, string pullers.

I should write this up on Plant a Seed but I have no desire to communicate to Christians about this. If they manage it over ‘here’ so be it. The church is in a conspiracy of silence about differences. They get aired but not so often amongst those who differ. Think Gay is the only divider? Nah, they/we, are left and right about this and that. Division is at best, by wise ones held gracious and graceful but argue their bit. But the one shhhh, is TS company and thought. Yet this: The only issue the church truly faces. That and praying more. Oh and having something prophetic worth saying. A church meeting open and convicting (exceptions stand). Keys are? Put those together, and then, we might see...

Back to, lets bore on about ‘not accepting the acceptors, accepting gay people, coming on Sundays, and so on’.

Over the last Century there have been three ish/is. And one that overrides, particularly within the CoE, aka Anglicans: Gifts of the Spirit, women in leadership and gays. The one above (- poor turn of phrase there - ): Liberals vs Evangelicals. (That should be the other way around, to make another point).

Start at with the brolly. If the spindles marked the sub-groups are colours. Let’s go red for Evangelicals, blue for Liberals. About hundred years ago and - crescendoing (circa early 80’s), about half or so of the reds had been going/went, more orange and “got the Holy Spirit”.

The blues looked in trouble. Confidence in orange’s stats of growth would see them have to ‘take what the evangelicals gave them’ in the broader Christian alliances. Primarily for Anglicans, this spelt marginalisation and certainly heresy hunts to keep them ruling any Primate roost.

Then women brewed up to a final, final... conclusion time.This split all the colours. (Can you believe it, there’s those inclusive gay/exclusive ‘men in leadership’ among the blues? Not many, and even less now but... would-you-have-guessed?).

Oranges growth waned and they upped the controversial, mid-90’s, getting into a kind of white version of black ‘Pentecostalism’. This P ‘ism’ is the ‘Holy Spirit power/miracles’ lot, who begun this ‘renewal’. (Reds say ‘beginnings’, for them this happy crappy hullabaloo isn’t for real).

It was brought back from exported Victorian missionaries baggage that combod with early twentieth century pockets of church-based remarkables. From, and mostly the US, out across the globe. This essential pioneering, not least in the UK.

The oranges in the 90’s bit might of had something of God about it but let’s describe it as emotional exuberance. This shifted oranges/red. Therefore, Charismatic rather than Pentecostal orange - which is more middle-class, intellectual(ish), less traditional ol-time-religion - got all-shook-up. The upshot, they quietly reconfigured with some going more red, and others - becoming a mix with blue. These be ‘progressives’ who are now associate ‘evangelicals’. Or not. Some say post-E.

Here/why, the gay kerfuffle is heightened. It concerns the overall loss of the evangelical high-ground. Progressives swung out of any fighting, this gave Liberals an umph and the Evangelical opposition dissipated.

Of course have no illusions, those who stand for exclusion want the world (of Church), and they want it “...Nnoooowww”.

In a reluctant agreement over red or orange they want to call out everyone who doesn’t subscribe to their Evangelical way. The/a Reformation blueprint.

With respect and balance and grace upon grace (I can’t talk otherwise). This all looks, let me say it that way, to a world that if could care to look. This song pop in my head: A sad parade.

Over to Giles, this kicks:

So is the Anglican communion any longer worth the ecclesiastical candle? Its proponents talk of the need for all Christians to walk together. Their argument is couched in the touchy feely language of relationship. But this togetherness is now being maintained through the marginalisation – and still in many places – the outright persecution of gay Christians.

‘Maintained through the marginalisation..?’