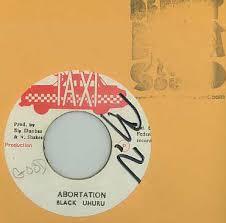 And so says Guardian George. He wants less and writes of life being - presumably babe inside? - precious.

Likes to think he’s all-facts and the ‘religious’ (not-facts) are causing more pain and death by pushing to ban it. I thought it was about state funding ...but movin’ on.

I don’t know if his stats and analysis stack up but I can’t believe they say the opposite. He might be right but I’m suspicious there’s more to it.

My ish is this. Nation by nation, how are laws are framed and decided upon? Here, the theory; informed choice. How about this fact? How come the supposed fact-up-media, can barely show a pictures of this procedure and I don’t read or view a balanced and difficult debate.

The one thing the ‘complex issues’ that clinical pros like to profess about? Let’s have ‘informed choice’. But I know, that’s not most often the way of social care, who lord over vulnerable parents. (Now... what political theory/order does that sound like?).

The one other ‘informed’ that doesn’t get a shout, is an alternative to the ‘over-population’ idol. More facts but little other-side said. Light up social darwin/eugenics/trans-culling, is again, only allowed with a positive spin or placed as quaintly historical.

Abortion and choice of individual, restating the obvious, you can’t stop. Funded and easy as it is? Another question. At least this article asks, if not tells, a bit over-confidently.

One thing geo-political lid-off thinking brings. You can be for abortion law this or that but no one, eyes wide open, doubts who loves this killing. They are the pro-choice pushers, because they know, embryos are a-life. These few behind the few, behind the many, trying to run us all. They love abortion. For this reason alone we must expose the full facts or let’s say possibilities. Who dares explore these?