The Shining and the Moon 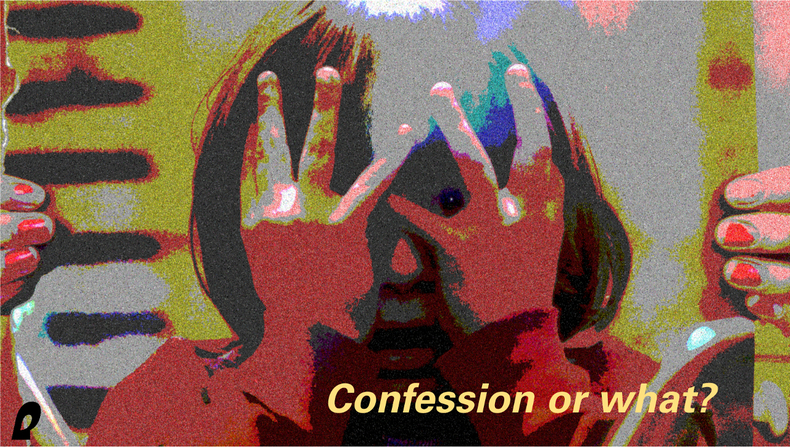 Could ‘Paul’ be accused of taking Jesus words and life towards a more pro-Jewish/Israel position? This comes out of the tendency to believe that ‘Abraham's children’ are the great woe-makers of humanity. (Or the Khazars who self-adopted themselves into this heritage).

I promised a study and assessment. Try and find some justification. I dug around N.T. Wright and like but lost the umph to do it. The whole Jewish question I ought to consider writing about but I need to pray some first.

Today, I posted my second and (well, three due to length) - and final comment - to VT. These two times are the first, I’ve been moderated off. (Oh... once other from a ...progressive (?) evangelical site).

The first time on VT was a short one signposting this ITJS War On Co-Belligerents, today I wrote re this:

Confession or what? Has me thinking; do some of us have more of a propensity, to ‘have’ to write out, some things? (Know I do). You feels, you know, so you have to ...get it out. I’m not sure it’s so much about the readers but a cathartic blast to self-satisfy - release. Honesty, I suppose. (I could think this is only thus, but ‘Hatred Alex’ does go wide and deep).

Alex does this splurge of inner, often loudly de-constructing, as a benediction.

First we get US ‘prevailing vision’ and the response from ‘so-called alt.media’. People like..? Guess who? On this reckoning, why not list a few other culprits? Isn’t this because it’s almost-everyone more or less, other than a handful popular websites, we-know-who. And the few handfuls of others, we-know... Actually I get it? It’s that Alex carries the swing. Without him and team - of course he’s got Team Infowars and guests, so is successfully out of his and Watson’s hands - the more-VT line would be, what... somehow more effective?

You ask? “Why-they-no-look?”, go past a chunk on non-alt’ers, (Geller and Spencer, no interest/ no reason to agree with), and gather up with Jones and Watson: All get the same pay-check.

You question, ‘why (he) doesn’t interview...’ or they get off their ‘comfortable chairs’ and do some scholarly...?

I don’t get it? I thought they were, well-beyond this, in your sight?

I do agree with this, and so would AJ/PCW, “ask deeper questions?” And he runs a call-in radio show, that’s lucky.

First time, wrote this http://www.truthscoop.net/itjs-war-on-co-belligerents - this time, I feel even more than ever for you. I particularly appreciate your insight at times, it’s an education, but consider the broad camp, different wings. So what normally happens to nobble the moving forward front..?

On the other hand, if I thought “let’s promote infowars” I’d do this... So maybe you’re..?

Later I posted on Darkmoon:

For me it’s the underlying need to move targets to satisfy personal urges and angst. The motivation to ‘have to’ write it up. Most of us, those not in some giddy in-fight, watch it backfire on the proposer and position. Particularly when policing other co-collaboraters or belligerents.

The argument ‘against religion’ might be informative over ‘self’-damaging, if the writer/broadcaster were specific, sufficiently detailed and demonstrated the value - assuming correct - for their attack.

‘Religion is, in fact, the greatest obstacle to overturning the tyranny’. If this is the case John, please get on the keyboard and let’s hear more? One to face on this would be John Gray. Not that he’s bang-on the tyranny but he’s good on religion. I tell you what I am going to speculate on, in the next day or so (and write up), is this: The internal dynamics and therefore constraints of the the unseen tyrannical forces are determined to see their opposition destroy itself. It seems fairly evident our compliance is sought but I think they might have some on-going force against, or built in system, that ensures this has to be the way.

Who would have more problem with, as an example, Christianity? Someone who doesn’t believe, or someone who does and loves the one they believe in?

I mention this because they hold not too dissimilar ground to VT but, irritate them as I must at times, they tolerate me and I’m grateful. Why? So I can point people here and to Christ, well... yes, but that acceptance of me and others not fitting in opinion but coming in peace, is a foremost and last stand, against our common enemy.

On the same post as mine today, Gordon Duff says to another commenter and surely applies to me, go away... we don’t want you.

Message understood. No comments, no references VT. The Jesus-biblical response.

Over the next few last 2015-GMT hours, I intend to post some thoughts for 2016 on Watch Words on Plant a Seed.

I don’t feel too quickened or am on the fast tonight but will do my best to write something useful.

I mustn’t make commitments (to write later), do it now/then - or drop it, is best. Suffice, looked at this and thus.

We use this internet to comment or write, do a video clip, support those doing... what-ever we-can. Or lose it? Like muscle and exercise and health; 2016, if nothing else, will be about the enemy moving to shut down any common people’s voices of peaceful, loving, fighting dissent. For people of the people. And in this case - of and for God.