Something Must Be Done?

I’m on the run with you, my sweet love 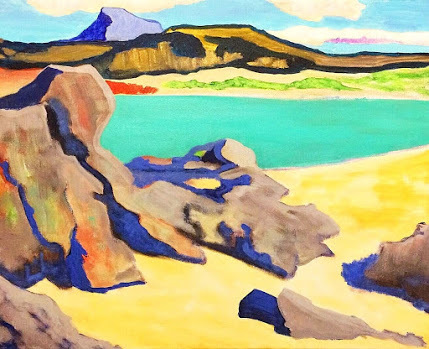 [Sensing, should leave the question 'open'. Off, blogging, from this evening, until Sunday. Aim to return on the encouragement; redeeming positive vibrations, among the controlled demolition, of social living, and local community.]

Putin replies to Biden's insinuation that he's a ‘killer’: Says US President is talking about himself but ‘I wish him good health’.

Dear President Putin, please permit me to offer an explanation of the threat that you and the entire world face. Washington and the American foreign policy establishment hates your guts.

Yapping to countless people over a decade in Ladbroke Grove, West London: "Men available, and able, to undertake a satisfying long-term relationship, vs., female counterparts?"

Convinced, and can't remember opposition to the assertion: Women ahead of men..., in attraction, and emotional capacity to 'love' and manage their side of a happy couple. From dating sites to cafe's and single people ligging about? The convincing line alerted the compulsive, aka 'addictions', from 'sex' to smack/coke; Money, debts, child-support; Less attentive to making themselves attractive; and the general more-the-failure than women.

All seemed scored within a genuine survey and single over-30s.

All changed and changing around the late 2010's?

Women hardened, and in unnatural and excessive ways. Men were wrecked. Were women beginning to compete in the sickness and suffering?

Who is carrying the responsibility and exhibiting desires?

When, and what, precipitated the changes?

How did the media-hyped, 'Psy Op', wreck, the gals?

Hunch and guess, the turn into the 2020's, produced the big shift.

On: Available, and able, to have a long-term relationship?

The lens, and assessment. 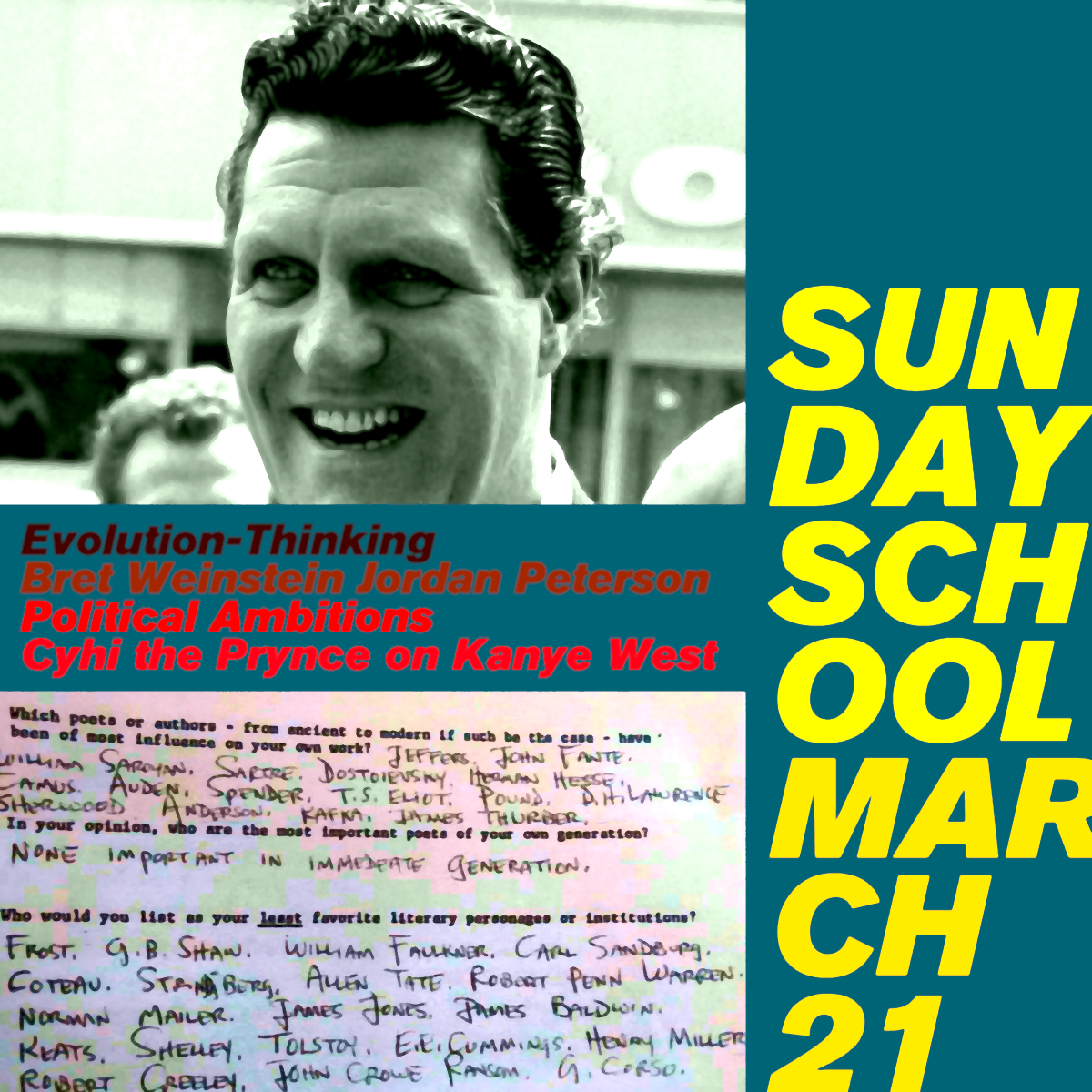 All I can think is he's calling Freebasing, ..."Crack".

Absolute rubbish to talk otherwise. The streets and any talk/anywhere makes the date '1984' as, acceptable.

Crack first appeared in small batches in major cities in 1981. The police didn’t recognize this new rock-like material, but chemical analysis showed it was basically cocaine as freebase (rather than as the hydrochloride salt). As the technique spread, though, it gained more adherents. The first large-scale use, and presumably mass production, was observed in 1984 in Los Angeles. 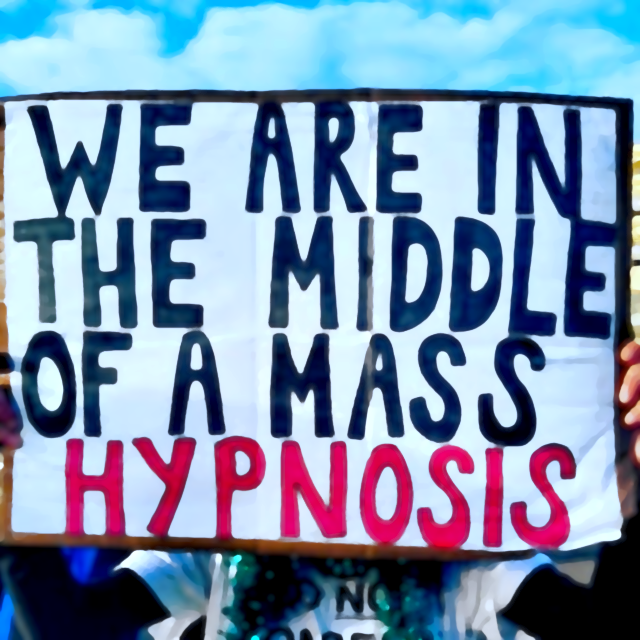 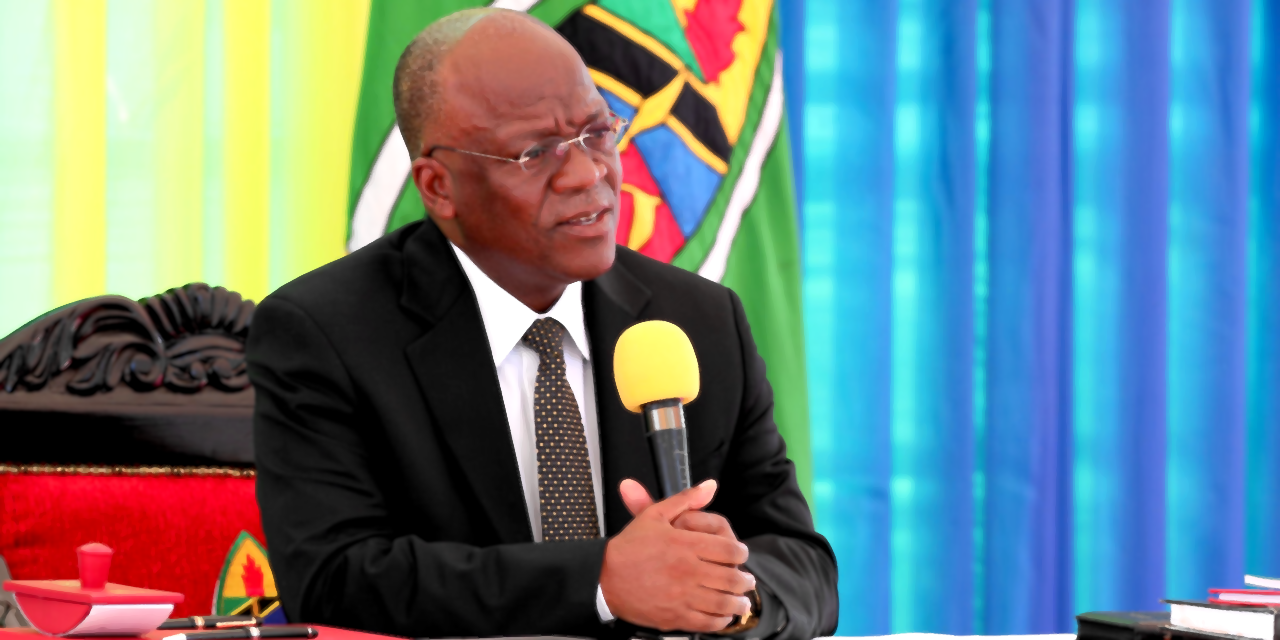 I fear for this man’s safety. The video of him showing up the PCR tests for the fraud that they are was a finger directed at the ghouls behind the scamdemic.

WHY, would our understanding of God, be insufficient?

Unable, or uninterested in our abilities to understand, God-self, and genuine Truth/s?

Cop-out, and so, all my struggles, in multitudes of failure, is my 'Holy Spirit lacking, discernment'?

Do parallel universes exist where history has taken an entirely different course? It’s been a big unanswered question in physics and philosophy for a long time, but I’ve started to wonder [...] His writing appears in this universe, but he himself appears to be living some or all of the time in an entirely different universe.

Tobias writes, to cut through the ...lies, deceit, deception. Assume, adopts the standard, 'rather-not, look/write about' when the deepest deceptions, 'blow up'?

Racial Bullshit, is the slow-kill. False-flags, and least exposed material, is the edge and tip of the mental poison/s.

C-19 is a classic F.F. to investigations into 'what is a virus' lead me towards, a wholesale Fake event/s. Not to suggest the event couldn't, go 'live', and whatever virus is/isn't/bio-weapons.

Tobias is bright and on it. My question, with loadsa respect, how close will he, look, and at what?

Jesus assumed opposition from, within/and around us. The 'Anti-, anti-Zionist' online lobby,will harangue Tobias but it's automatic, and understood. Acceptable battle.

The one Banned-Talk among the 'Talkers' are contemporary' False-Flags.

Ideas the Right and Conservative is attention nos 1., and persecuted...?

Not so, but a smokescreen and set-up for the Leftie bash-back.

The genesis of YouTube censorship came during the NICE phony baloney show. The Vid. makers, all got shoved-off/now given-up or moved on. Writing...

Sure, a site here and there... with The Unz, the one popular bridge to those untouchable stories.

The one new-boy's on the block, joining; The Unz, The Saker, Paul Craig Roberts, Global Research... ?

It should be no surprise, then, that Antifa are so enthusiastic about setting fire to Western civilization, both literally and metaphorically. Personal ugliness goes naturally with the urge to destroy beauty, order and harmony, and to overturn the aesthetic and artistic standards whereby one is judged. Hilaire Belloc once again had a pithy summation of how things stand: “[T]here is (as the greatest of the ancient Greeks discovered) a certain indissoluble Trinity of Truth, Beauty and Goodness. You cannot deny or attack one of these three without at the same time denying or attacking both the others.”

Amplifies a principle. One, Jesus' proclaimed.

Most people, (...the UK/my research and experience), can 'manage' beauty, and goodness?

If and when something or, ....one, is recognised, appreciated, and understood.

Nothing simple/ can be for sure/ "are we talking this uni. or the one over there?"/ and in Theological-ville?

God is supposed to see 'One truth/view', while we're; mere bugs..., crawling about an elephant, i.e. in humanity, and an illusion.

Throw your Bibles away; '...parallel universes exist where history has taken an entirely different course'(?).

Hilaire Belloc, and, 'a certain indissoluble Trinity' is Jesus' theology. His addition is on process and reception. Bubble-away in 'beauty/goodness' all we like, but to the degree we REBEL against Truth-claims, we are in rebellion to God. The teaching goes; We Will Loose Our sense of beauty and goodness/ and the deposit of True understanding and consideration.

Beauty and goodness are subjective. Context, aside; all things are or less, God's perspective?

Truth is objective, to suggest otherwise is the misuse of the word. The Christian Religion isn't attacked for what it claims but on the basis for knowing. Crowds, in-and-outside Christendom are full-on and sure claims to be objective is incorrect. Our subjective grasp of what-have-you, is reckoned too human and Reality/God/parallel universe/s too other.

Most religion is about contemplation and vision. Ideas about 'access/connection/interventions/encounters/re-making/re-new/battle/war/winning/faith...'

Old timers stuff, about as advanced as the technology of the day, not P.M.P. (my tag) for 'Post. Mod. Pantheism'. The world a womb, and all is ONE, and that feels reassuring.

Children/lost/dead, is my take on the shattered lives around me. Unable to communicate, wider contentious and troubling questions. All I see is Avoidance, Pride, and ... unacknowledged, Fear.

Over a few years its Women in their 20s, who've suffered and are now wrecked. A complex mix of social and psychological pressures have made women as poor and battered as men. Anyone whose, 'been about,' knows how young men were, a mess/ if..., compared to their female peers?

ALL Change: Men in their 20s are 'on the up', from the Social-engineered' battering-down.

"Let no one speculate, I'm one of them-conspiracy, theorists".

The contemporary version of the Masonic handshake and secret signs to one another.

While all 'sides' are in terror-visions' sight. The aim is for one and united to isolate any who refuse to adhere. To 'Gaslight' and mop up dissenters into believing the world's so mad, we may as well agree and shut-it.

Think about the holograms or simulation. Go flat and get off all else, do 'Mandela', anything to minimise the war, killing, imprisonment innocent and on and on...

Watch the puppet show, played by these flags and top billing and two-way match:

The Left and Islam, Military Industrial and Israel first.

And; The Right and Nationalism etc. and... Military Industrial and Israel first.

Up the spooks and surveillance. Off the net and any qualms or fussing by the prolls.

Once upon Sandy Hook to Nice times output surged as comments revealed. 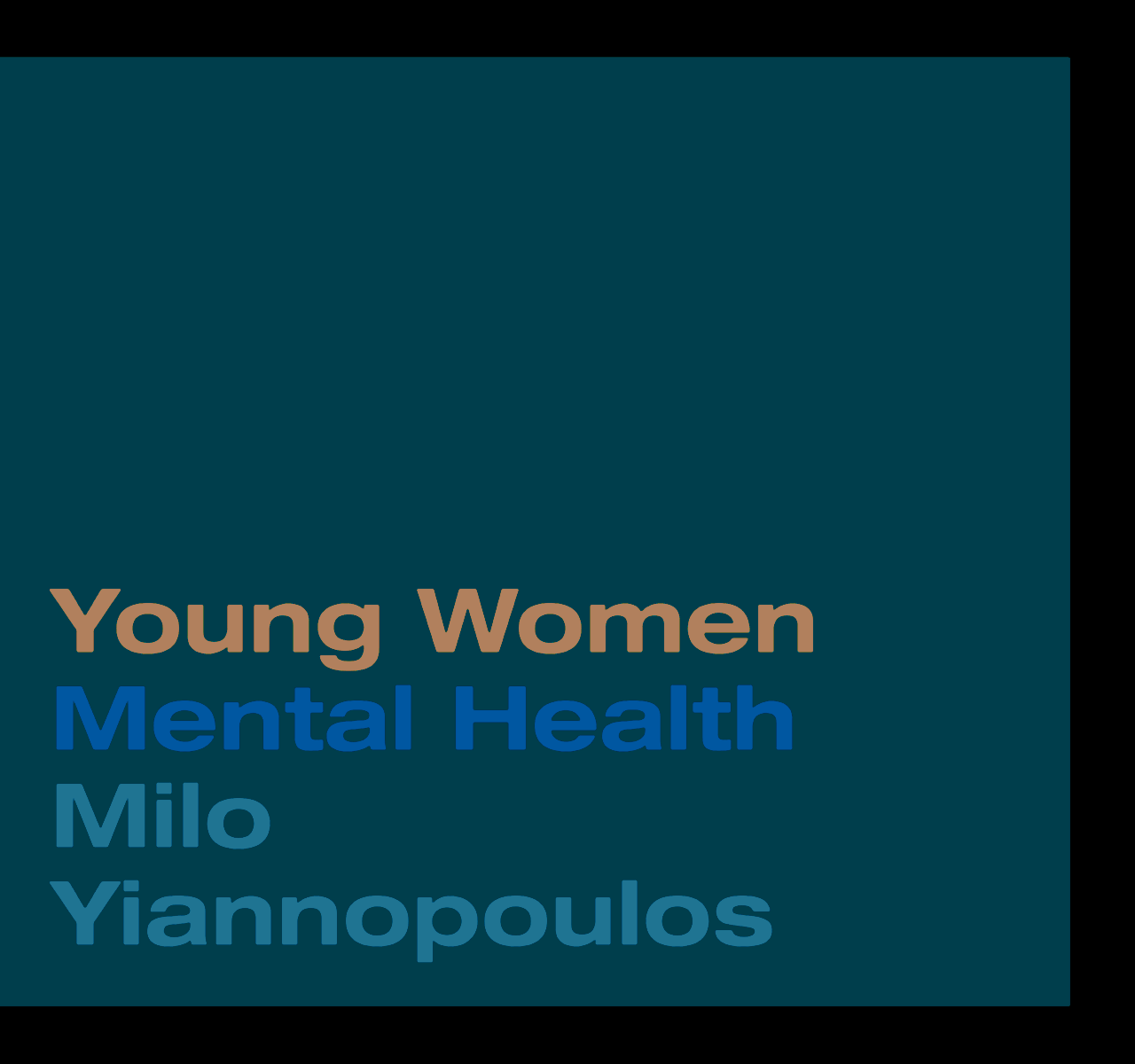 Legally-sanctioned criminality for the state apparatus and authorities. (Re-read that/And who cares?). Peter Hitchens held-out hope; Enough of us would write, shout, phone, sing, make-a-fuss? He concluded, we didn't.

Next level, and day is upon us. A Bill from, and for, The Beast. What are the population going to suffer, before... the man/ woman, in us, rises-up?

Two people from past-listening times. Aim to concentrate on their jib and jostling, for the next while.

Too many on what passes for the left today are keen to dismiss the free-speech crisis in universities as a ‘right-wing myth’. They brush off the countless examples of censorship as overhyped. And they ignore concerns about the moral policing of dissenting views.

In short, they effectively deny that a free-speech crisis exists. And they do so by attacking those who are sounding the alarm. As far as these deniers are concerned, the problem is not cancel culture; it is those dishonest myth-makers who are drawing attention to it.

Set-up, by TV-level/Newspapers. Women, (over men), are the target. Young women - the bullseye. Demonic-riddled lies and confusion, chatter-based attacks, to injure, all who soak-up, and believe...? Establishment-claims; "The opposing view to '3rd-wave Feminism', is sexist, and must be: Got-Rid-Of".

Milo Yiannopoulos? Second to Jordan Peterson, and alongside Gavin McInnes. Three provocateurs with (a) mission, accomplished. Broke through, facing the standard' disregard, and obnoxious, 'Religious Equality Fascists'. Sent forth, by their so-tagged, elite, backers: Causing the precursor to the 'C-19 Scam-athon', with BLM, smashing up for no-sense, or positives?

While... —'paid to haters' coming across as the stroppy, ranked, 'our' superiors. Here to change the media landscape. Their projected-upon, and residue, gets in everything.

Questioning observers and critics are given no room or respect. To punch-at and never engage the issue. Can understand their reticence to be just and fair? Once, and a lackey for evil? Why hide the fact? All but,... reveal; 'Paid To Hate'. 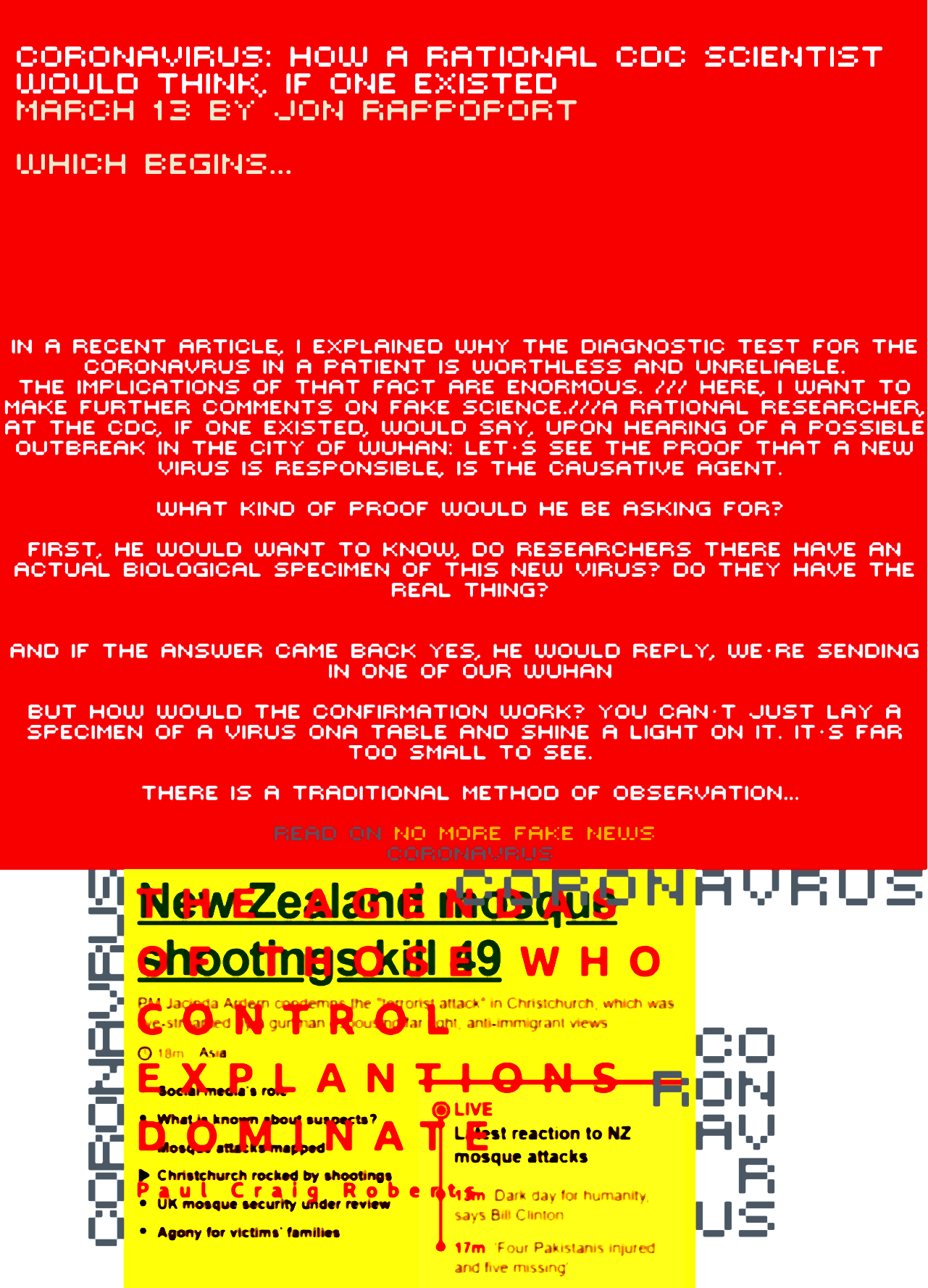 Paul Craig Roberts posts; Ever Expanding Censorship in the “Land of the Free”, (Lew Rockwell).

Re; James Corbett, and You Tube, and, Unlimited Hangout.

Watch out, fellow Covid inmates – our long-awaited liberation from house arrest may apparently cause anxiety, stress and ‘Reentry Syndrome’. Or is this all just another case of ‘Makee-Uppee Syndrome’?
:
Why am I not surprised that mental health charities are now warning that the experience of coming out of the lockdown “could trigger anxiety for many”?
:
Because for decades and decades the mental health industry has worked overtime to convince us that just about anything in life can make us anxious and psychologically ill!
:
Frank Furedi on RT.