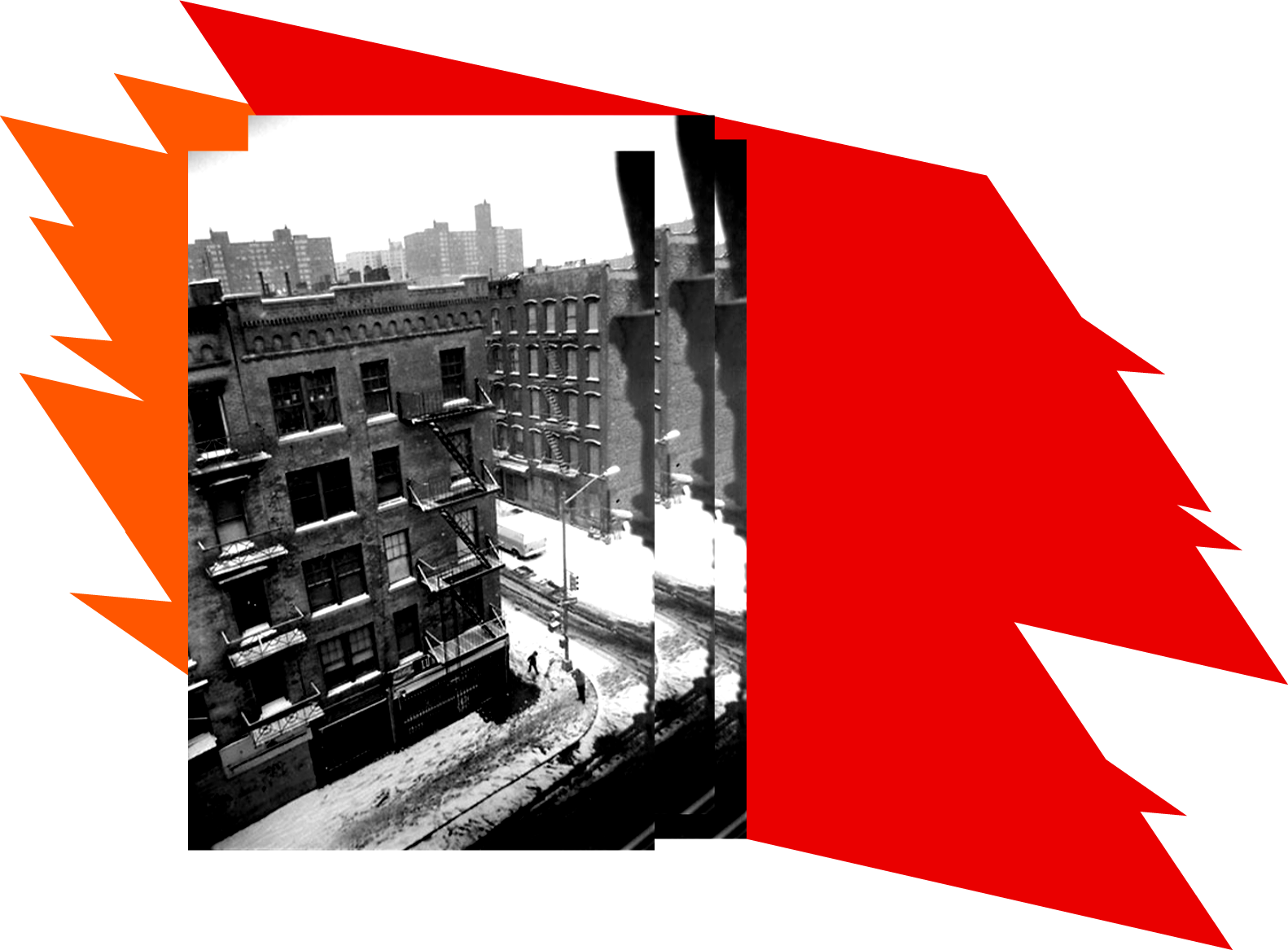 Plant a seed. [SOON come]. Jon (see below), asked about 'waiting'. Like to have a go answering. (Include, my first new 'verses' graphic in months, having not posted). Best am free'd up on Plant a Seed, the specific being, "God talk" or not.

While on Truthscoop and consideration for visitors. Happy to be careful to aim to communicate understandable, of-interest, and sense. 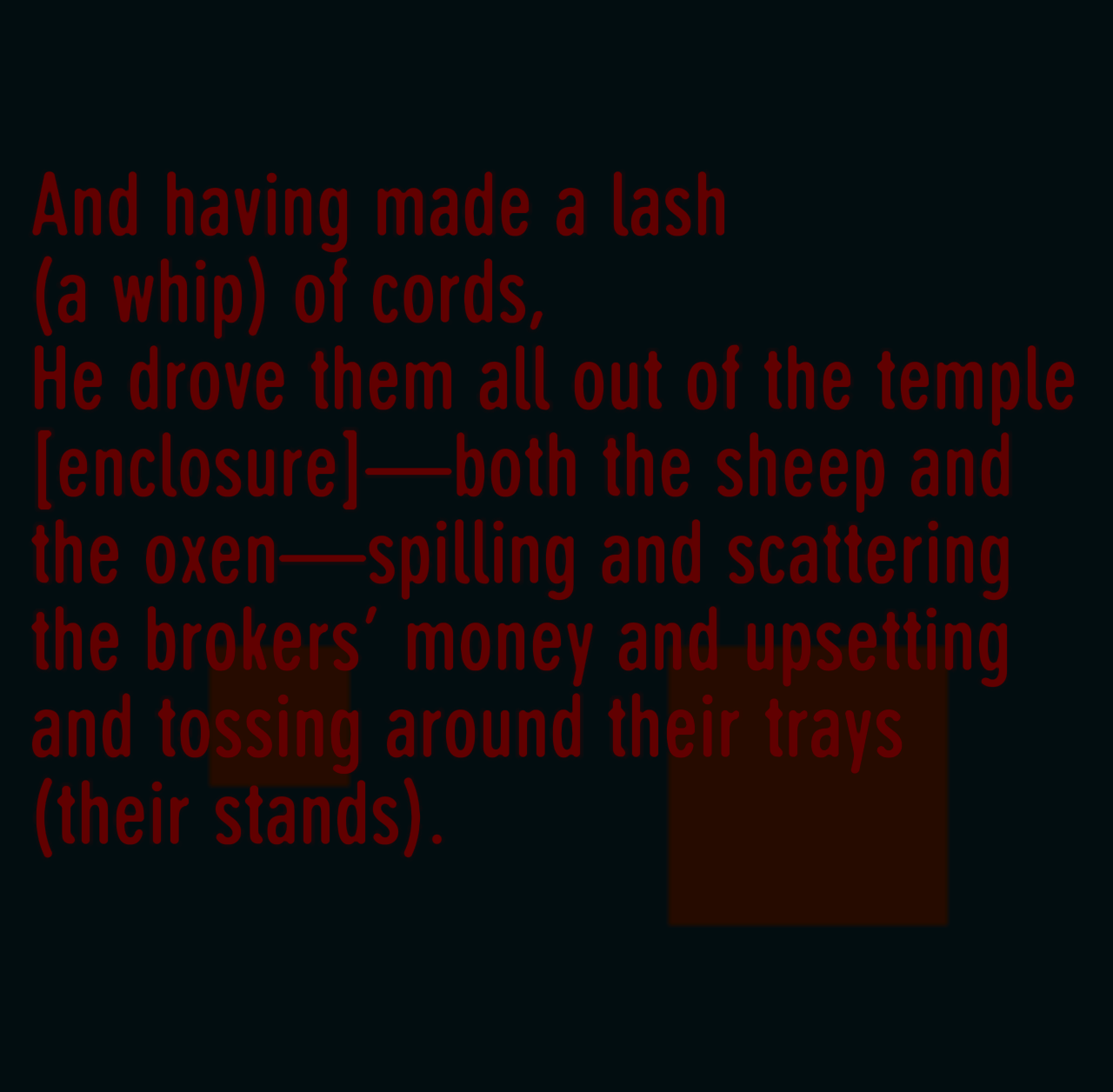 Keepin' on editing and complete SJ and Prisons soon as. Until indicated it's fin. e.g. Bag of Playlists.

Meantime, make Plant a Seed, a place for quick posts. The 'finished when published' kind.

A Must Hear is Anna Brees interviewing Piers Robinson. Spells out 'the media' aka mainstream. Important chat in reference to the 'incident' in April, two years ago. 'Stories dividing; outsiders and the outraged, from those percolating in idiocy', I wrote. 'A vast majority of educated-UK who kneel to swallow 'Western powers' ejaculation'.

So there: Back Brewing Complete...bollocks.

MJ April 8, 2018.
Western powers said... What a claim. Three words to dominate and clobber. Via the t.v. or related output. Note the tone and generic sum up. How we've moved from Governments -to- Powers. All for one, and new world order all. Unless... we wake the trance up? Truthscoop /cover-to-cover.

Parallels jumping at me.

Worked at the 8th St Playhouse, NYC. Another gal and me on popcorn. Straight women, the rest, gay boys/men. Although, not the projectionists, or me.

While I popped back to the UK, —Summer '84 (left NY and back to ol'Blighty on 1.1.85.)—, all were dying, and many dead by the time I returned September 1st. Plus, I'd suspect, many or most-every male in the photo below. Paid to prance about at midnight's packed Rocky Horror showing.

I'm the one in the middle, head turning to the left. With blush make-up, I'm not blushing. Shoved on me, and plumped in the centre. A rent-a-'pretend-prance-er'.

I'll be wanting to get off. Free-time, which translated into day and night, 'WBLS or KISS' on-time.

Put this photo up to illustrate my 'aids thoughts' and noticed am there. It came back to me, the night, flickers of memory. Planned to be no-photos-of-me. Now, one Up, for y'all. Like the symbolic turning away. Prescient and lucky, my-one-photo has a bit of the ol'anonymous about it. Suits a silhouette of sorts.

Dennis Brown on Silhouettes. A Song. The one Chukka Fritz did a classic version and "BIG song". Sounded much like Dennis Brown with a spanking fresh, new snap. See 'True Life to AJ Tacey' for further info. 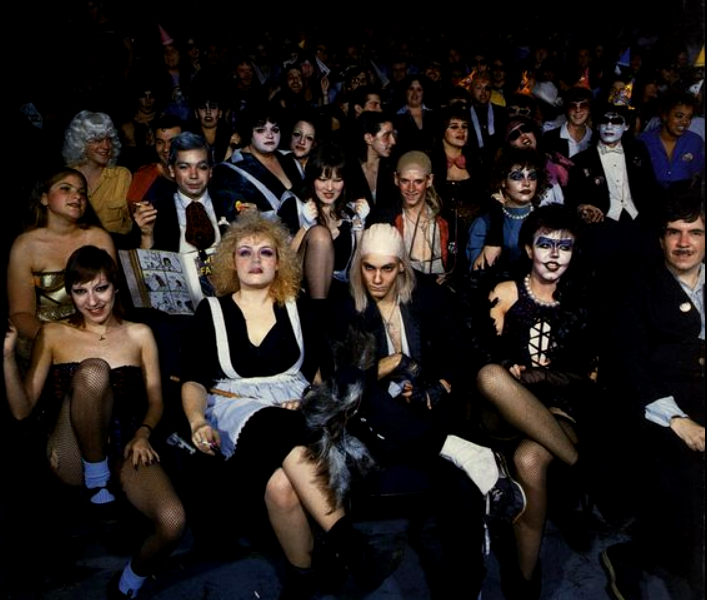 Back to hand-held boxes, screens —and demonics?

How many times, must we hear?

'Amazing Conversation with a Christian Owen Benjamin'. Am part way through. Stop to 'work', i.e. not write. [When] Back... will warm-up with an interlude to 'SJ and prison' to comment and include in the post. Amazing Conversation and a call from Jon: 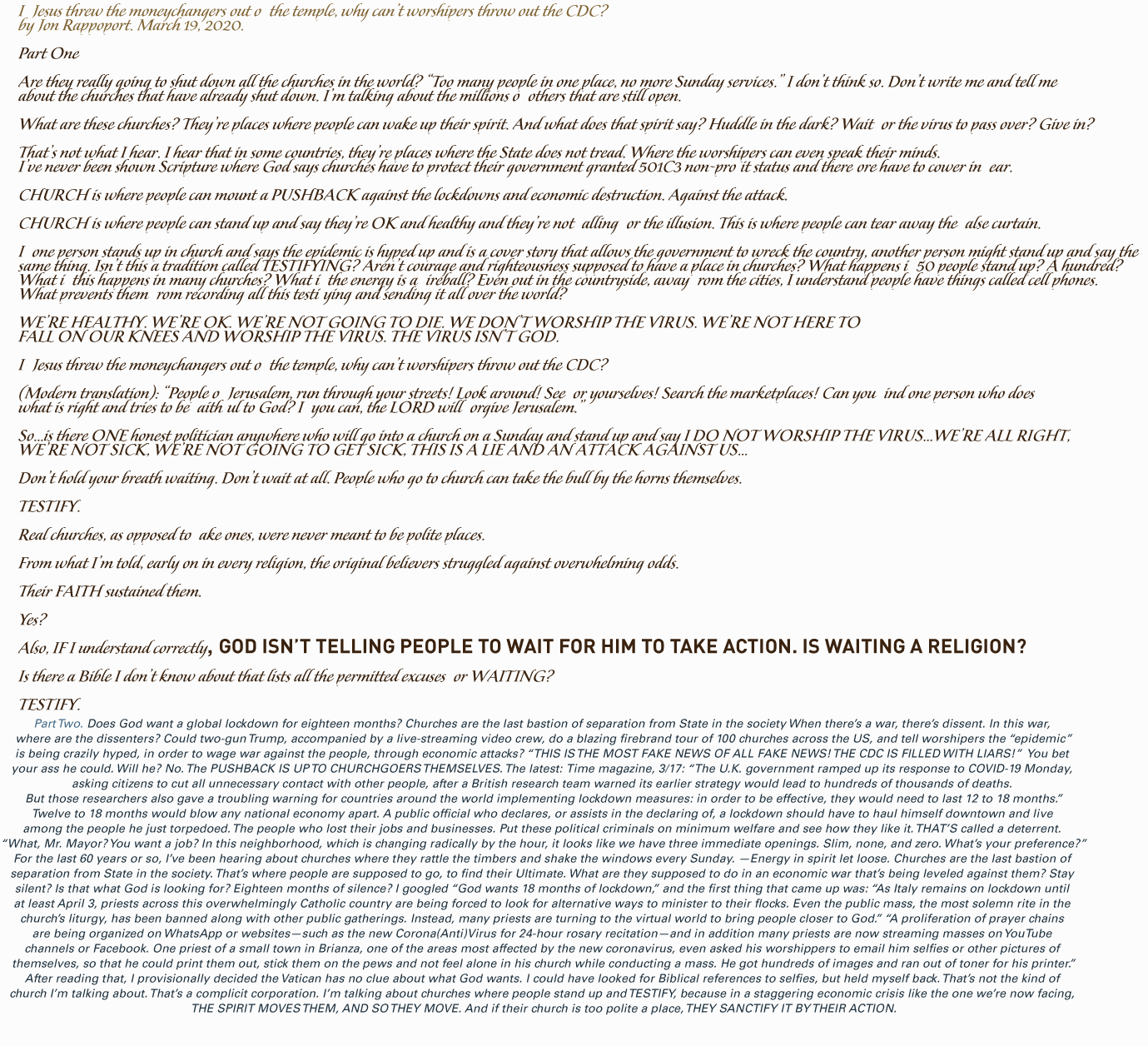 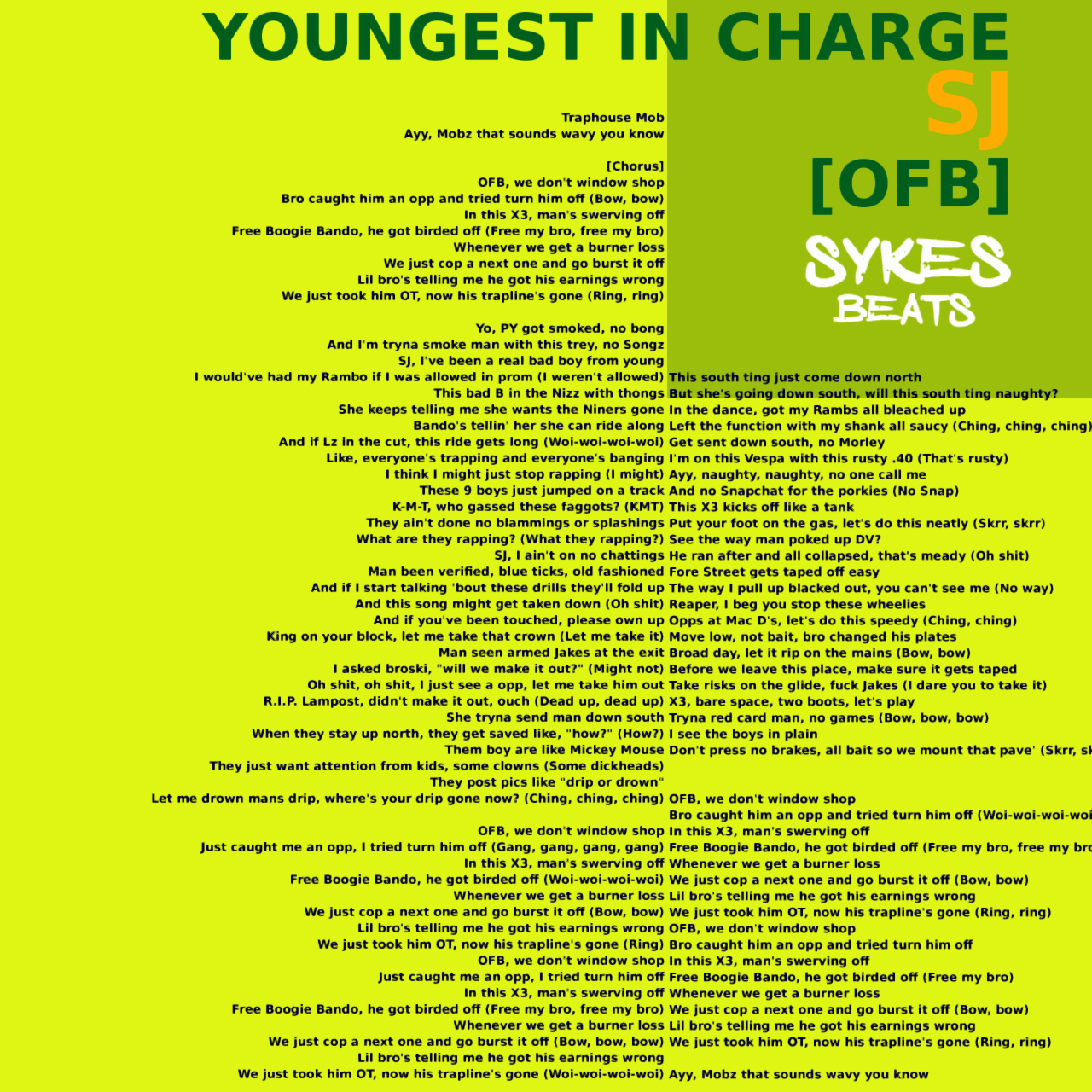 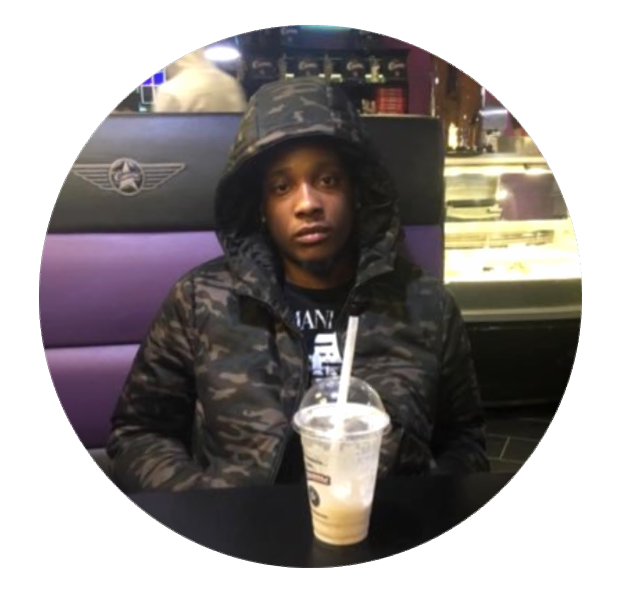 POST IN PROGRESS. The 'coincidences' that happened last night. Might disclose, or take my word, strange days? Not fussed or fazed but for the slog of a first-ish post in a while/a year. Not looking into SJ wobbles me. Not anyone else much does. Writes about anything. On the Y.Tube or, not 'with it'. I could, should and must, make more effort now the domestics are settling down.

The one set-me-up is write about SJ and Prisons. Marrying pop and imprisonment, premature death etc. etc. Weighty matters. Forget me nots, to help me to remember, while I go.

On and off, start, stop... grip and rise, Harlem Spartans stylee, aka; Waitrose with Mum.

One more vid. up, is enough. More, will wind me up and banning (myself) from adding embedded vid's. Or highlighted text and links; Don't like. Keep it to loads of footnotes and reference the link.

[Shopping calling.] Who else is living the Prisoner (TV) character in the 'outside'? The obvious-is-dangerous, disease riddled air, with that fearful breath.

Time to be Diana and the patient with 'Aids' and get tactile with some old women, and like. Aids or HIV, is the last "Corona". 'HIV is?' should bump that up The Controversy Truthscoop Charts, due out in a fortnight.

As for C? Latest Jon and anything interesting on The Unz is all we open and debating one's need. All that remains is Aangirfan, and rest is re-posted on The Unz.

Any TV News, is hypnosis. 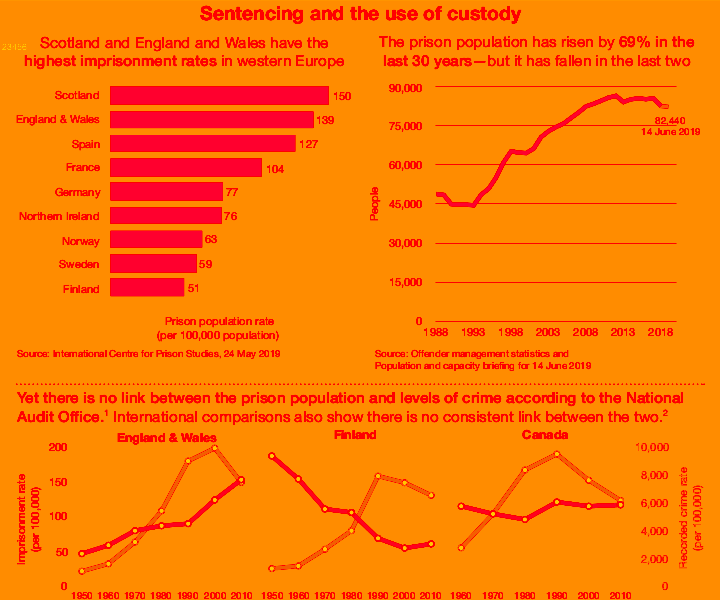