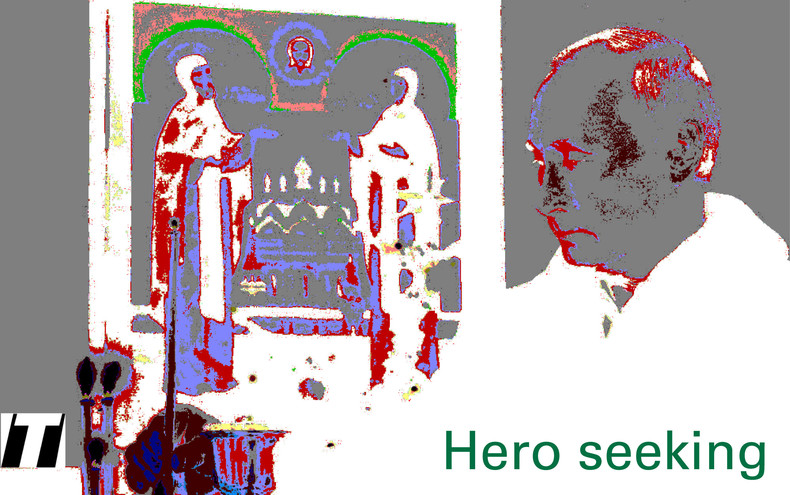 Not about overall, double-triple crossing media going on, but has Paul ‘recently’ - they say - fallen fowl of this miss-direction?

But then I’m not any-way like as well informed as Sybil and James. They make a strong case, convincingly, with reminders and educating me of details not known. What I’m interested in, is their discernment regarding Paul? RT and Putin’s personal billions (“surely not ‘millions’ Sybil?” - I thought he was big, even on the billionaire front?). Then there’s the country-Bill-men, and... ‘once a thug, always a...’? Plus all the crimes and few misdemeanors . I can hold that, and... some hope - he isn’t all charade.

Sybil speaks of our innate need for hero seeking. And messiah Putin. Yes, but also, is this fairly including the need to hold complexity, something they brilliantly bring out. But about the person himself? What and who is Putin? We get a bit hero-ey about him, because of the hope he’s not all flat screen, one dimensional. Has he 'not' got ‘powers’ over him such, that he's not doing all-out NWO robotics.

Paul C R, as Sybil says, writes magnificently, it’s infuriating that before doing this interview James didn’t interview and quiz him, better still, bring on Syb for a three-way chat.

Now I have do that, by way of looking back to find the facts, that Paul isn’t only reporting these plus his usual overall take - but he’s ga-ga-ing along with the frog boilers?