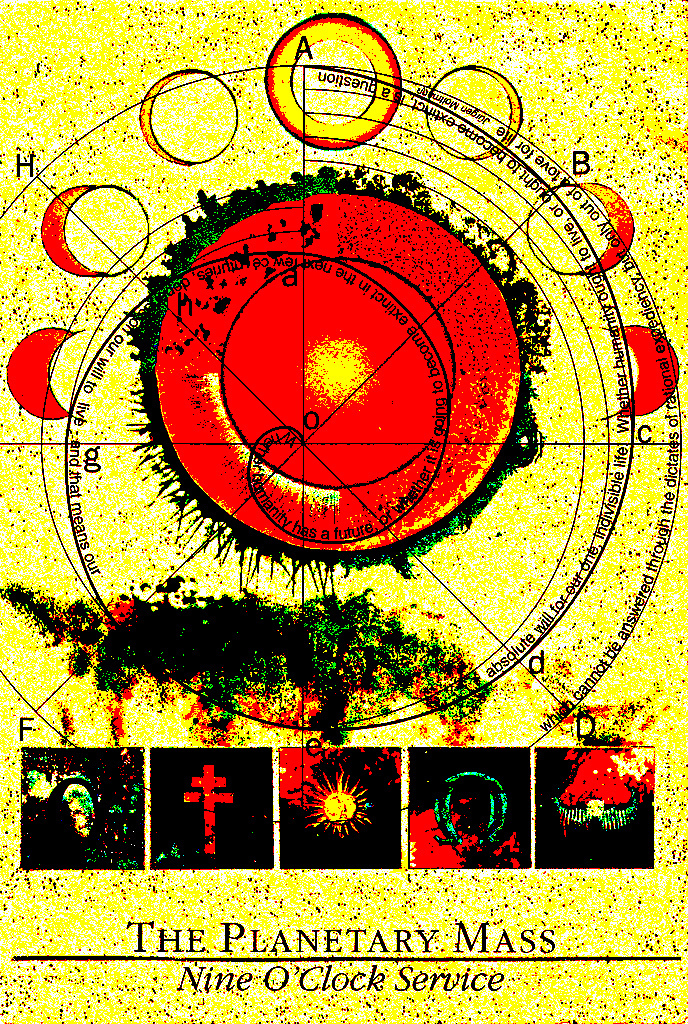 This morning, watching this video was struck at the end, concerning unfulfilled or otherwise – 'when we look back… / we'll be able to trace what's been happening to… / for new development'.

The madness and yet-despair. The end before it truly begun. An open and engaging church with...

Somewhere I wrote about this. Thought it was here. But no. Must dig-back. Find. Start rewinding 'me'.

[PLEASE NOTE shall take it as a compliment, but sometime in 2017, my first of three comments was removed from VT?]

About the idea of grit and valour, guts and ...balls. (This last word, I'd quoted 'somewhere' as NOS's self-explanation). A fearless assertion, a triumphant attitude -YET- open and accepting. Responsive and attentive. Considerate and ...kind.

Trying to write here and there to possibly be of interest, inform – proclaim. Most though, to take seriously 'unseen sowing' and write like praying. Pray while writing. Possibly prophecy. Be a punk – in DIY ethics.

Nine O’clock Service (NOS) could've been the beginning of a new wave of church. Instead journeying from its evangelical beginnings into more liberal thinking, inevitably, blew itself up.

Ignored by mainstream evangelicals, NOS's self-imposed grandiose insisted on isolation. Got culty – and I think, semi-purposely by the bloke who was boss, intended self-destruction. CoE went into an immature tizzy and the fledgling groups of the day dwindled off.

What/who remained, eventually re-named themselves 'Emergent' sought Evangelical Church accommodation to finally leave/bring, some cultural and more considerate influence but are considered, progressive aka liberal-evangelicals. For some and some. As reviled and troublesome, as productive overall.

Corrections but because of baggage brought little growth. Church continues to decline. Some smarter local Evangelicals bucking the trend – but there's 'trouble at mill'.

Certainly nothing strident, nothing Nine O'Clock about (it), outside of exceptions among normal Charismatic/or-not Evangelical Church that won some new faces and in moderately large numbers. But its tired… with the difficulty of trying to be what isn't… fitting.

And what trends about all-emergent, personally want to find the redeemable in – but frankly, increasingly, makes me feel sick. If I read have-a-go's I go, “Go-on now” but the encouragement can only say so much.

We need new church… and I've not read online one example. Many to admire, (ok, not many but…) – those, who I could listen into and appreciate. Perhaps stand in line with, but no: Awake, open and outrageously, outreaching, ones. Not-ONE-example.

Much madness through lack of geopolitical perspective. No urgent signs of these times = normalcy bias, over-intoxication. No one seems 'that' alarmed. The ones that have some enlightened facts have traditions that kill, keeping them buried in theological sand.

At least with traditional evangelical church, it is what it is. The emergent types? If only they weren't having such a 'good time'. To my sow:

Madness is coming to an end with the necessity to face material social disorder and scarcity of goods. The battle over free-speech is the conspicuous frontier. I lack 'words from God' – endeavour to hear otherwise. Never gets light before darkest is obviously the trajectory. We need more come-together and get over our mini-empire building. We need to learn the necessity of disagreeing but engaging. And we need holy despair. The process in realising the enemy and plans yet – But God and how we win.

Things I dare/think – could teach. But words?