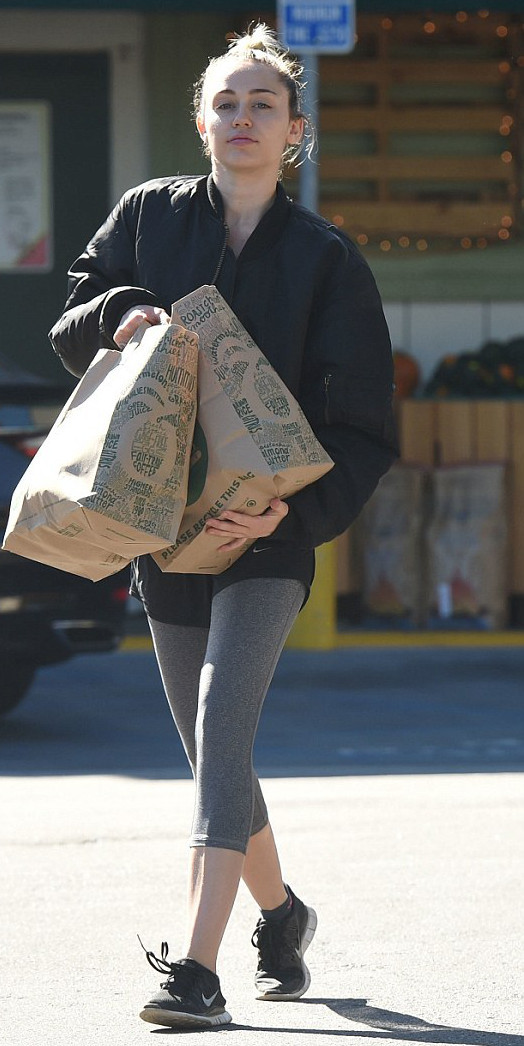 It’s Miley... so lock up y'daughters or do that sigh.

Pop’s valiant vigilant citizens yet to report - but what might I contribute?

On a quest to shine and destroy the enemies manifest mankind religious moves.

Piece together and stumble their serial killer-like practice. Clues scattered and chase - drive. They want, and yet don't want, to get caught - but need to prolong suffering, which is their foremost compulsive joy and living lost-meaning. As near to escape, a fruitless but intoxicating distraction from truth shadowing and attacking. The idolatrous gravitas for our attention - that we bend to their ways. They want followers, identification. To be god among gods. Paradise reborn and for Eden's hope to be defeated.

There's dark, light and the haze.

Translated 015 times: nothing clear what to fight or celebrate but party - what else when - surrounded by an avalanche of poverty and the poor the oldies have left “us” to face? Explore the celeb-mad, shaping wilds of the - primarily the middle-class - States?

'They' know this analysis, but “alternatives anyone”?

For them gals (boys more play along) it's the expectations to follow certain social respectability and traditions bringing and leaving - they perceive - squalor and war.

How to handle/what to do?

Desperation, loose the fun and rage in perceived sacred sex, drugs and new communication and happenings.

Just smash the F up and smile. Loose ya libido and rock-out on some happy juice and chunky bass. Knowledge the poison outside the cushion is hitting but this, a somewhat narcissistic rite of passage. Casualties given, but yesterdays ease the burden, just don't kick-it.

There's cost, but what else does a young glam do? Since rock clocked youth, tears erupted and scars got skin-deep but... “there’s more nowadays, more everything so hey more that”.

How about we keep the big-M in perspective and “...it’s like, juz nowaday-stylee, get over it”? Meaningless because it’s post-something and I’m not?

Lena De Casparis writes, Miley may seem a muddle of contradictions – a Maserati driver helping the homeless, a feminist gyrating on stage in the buff – but she’s absolutely, refreshingly confident that it’s OK to occupy a grey area.

Sam Shepard said, the middle of the contradiction is the place. Miley terrain.

Some will say, kiss (keep it simple stoo-pid), “same ol’ full-on Illuminati contrived onslaught”. Suspecting, vid. dir. Diane - bio comin' - Martel, has handlers and her puppets coming with profits in a warped ideology that blinds. Either that or she's at the ceremonies and this, her mission on the doors. Maybe M too? (Amazing disconnect or acting if so).

Deep voice and all the f’in? Like the blaze and nips, it swamps the mix babe. Come on now... and do they all mime so lazily? F and crutch, skin and vulnerability.

The boy is a yellow plastic duck.

What other pose, play, panto would allow such romping invites to frolic with M-like? As for encouragement to child abuse?

Argument: This ‘conversation about provoker’, isn't what makes this socially-secretive vice happen, and young watchers aren't so stupid to mix this allegory with the crime?

Miley says, You get your tits out, and they are all looking, then you can use that space to say something and get them to listen.

Next stage/vid’ll be ‘drop an E (a ‘molly’ MC enlightens me they are called by her ravers) and romp naked with a lover (girl o’course)’. At what point has M got sufficient attention? Those outraged by M’s nudity will hardly be listeners anyway and the ones that aren’t, need no signpost for ‘something’ to be heard.

More attention to money, some people's more desperation... but I reckon more to it.

Back to bouncing babies. Combo up gentle but sound-smart and nasty, sweet-confidant. Can’t hide the anger and frustration though can we. And that’s not about no-boy or girrlll.

Any/if, substance misuse aside, how does M live a life that doesn’t scream yearnings for more, not the same, “it’s getting oooh so boring LA la-la” derivative?

Wow this is so dumb ass and obviously the point; to weed out all the haters who call it “dumb ass” whilst indulge all that suck and takers in some wind-up sweetheart yoofy dreams.

The idea is the ‘baby’ in her imagination is said fella, yet in those bad-dreams is M looking back at him. (Hear the lover/male crit?).

The pouting so-adulty indulgent voice at the end is the one that's been driven deep into youth today, particularly girls. Miley too. Indulgent-knowing, mock-frustration. Cynical despair. Sounding all-kinda-funny in sad sort of way. Neither exuberant or respectively restrained. Switches at “what's for tea - (the luck ones) - mum?”.

And for the clinically behind-the-times like me, hate all that fucking PDA, I probably hate it more than your fucking friends do... scrub that/what I first searched/found: Not PDA, another debatable psycho-def. Although tell me the so-defined symptoms could be this TV/mobey made sickness? (There ya go, that's my target on the table).

Let me make one one up? Pretend Deliberate Aggghhhh. A prevalent malady from social media.

No, (I know I'm cloistered) it's, Public Display of Affection. (Fair play, but at your age..?)

So? Pop-demons, cries for something more, for truth, or a money-making post-reality-believing, banger, mash-up?

I'm surprisingly more interested and little less it's all a weapon of the death merchants, on spending an hour-MC. Dismiss and condemn could be a cause, and certainly anyone MC and younger, unless eyes wide-open what's happening, this moving-magic could hurt and mold ya into one present and older iddy-otic mess.

Let Miley light the last candle, I want people to live their lives, have all the things they love, but they just have to do something that isn't self-serving.

Can Miley escape that pimps and priests of darkness?

Has my attention and prayer so.