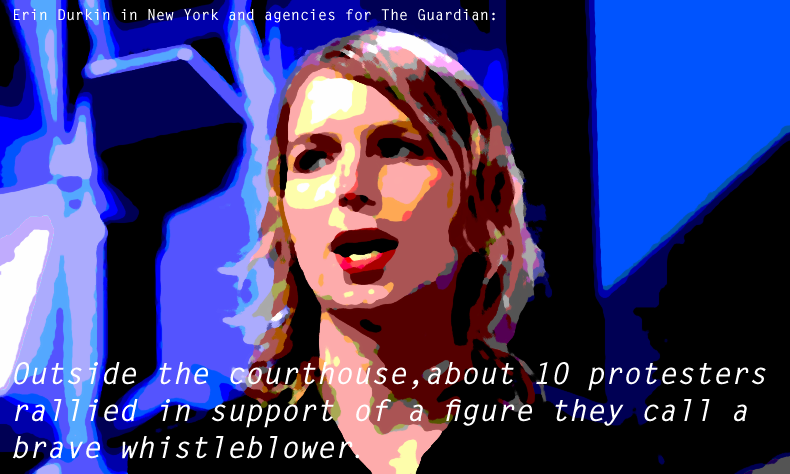 One of the few remaining shafts of breakthrough-informing light is socio-political quandaries. Could be and, 'something is happening here but you don't know what it is, do you, Mr...'

Or somebody not fitting. Upsetting expected lines and easy to divide up into tribal allegiances.

Add to this, a person who seems what-is. Nothing bubbling about in their history, hinting at influencers or handlers gaining leverage. With signs since indicating a compromise.

Including the classics and voluntary-looking affirmation with the lie-asphere. Aka; known as dismissing 9/11 truth with childish non-serious engagement. Or, as is typical, n-o-n-e. Rather than do a simple go vague and deflect.

And/or the other wobble and got to wonder?:

Fuller discussion over 'Israel' and alleged deep and wide activities.

A final credibility tick is making and taking costly choices. Difficult to see undertaken other than through their own voluntary moves. Assuming is what's reported at all and not full-on fakery show.

Not that paying a price excludes any mixed motives and intentions. Yet, action over words-alone is rare in the talking supermarket we online inhabit. Some acts speak louder than a library or should write; ten thousand videos.

Pressure dropping targets are reputation, finances or the protest of prison. Oh, and having got tortured inside once. How about... choose and go back?

Conspicuous exceptions to talk is cheap are those who risk their lives and know it. Truth-telling and evidence mattering are got done-over.

On the fame scale and top notoriety is JFK. And whatever else, said about -- as Douglass' 'JFK and The Unspeakable' documents -- thought, had it coming. Yet, there's a long list and those talking, writing, broadcasting, and blowing whistles.

Sometimes they're not recognised as such. With what's reported as an accident, unrelated murder or suicide. Most I've read about are... well, not much known about, at all. Almost unknown but for the more informed and better researched. From the mainstream ridiculed -- conspiracy theorists.

Very few and someone most-famous in public and political spheres. Makes a mockery of those talked up without personal cost. Obsessive working schedules don't count to compare.

So take the sums and make your marks?

For services to freedom and humanity. Conclude is exhibiting too over-quick to use adjectives: Bravery and Integrity.

Right the set-out and on to the preach:

On International Women's Day, Chelsea Manning (not in her mind, up for her "dead name" and 'Bradley') got locked up. Might be a year, or two? The reason we don't know how long is the secret court won't even disclose when it began proceedings. She's refused to say more than nothing but "plead the 1st, 4th and 6th". Offered immunity from charges and anything said but protesting the process.

All about Assange and The 1907 Espionage Act and justification to extradite. From what I can gather, Chelsea without a legal rep in this court could be set-up. Regardless, and repeating the two-days of detail at her court-martial. Where she/he-then, denied any others involved in her crime.

For all the right-going and doing. It was straight up and no question a crime. One of conscience and somewhat set-forth as something right, still an offence.

What screwed up with hateful enthusiasm was the 35-year sentence. Not enough and torture clear-as. Discriminate undertaking. Although the practice is widespread in US jails.

Chelsea is a wild idea one, a kind of hippy think-anarchist-ish and yet sought political office. She's had a crazy background and reacted with crazy-ness herself.

There are dig-back question-marks about Assange and Snowdon -- with Manning, it seems as seen. Haven't read another side to the story and the simple pass on info out of something laudable. Genuine as the prison and accounts thereof and cost paid.

An Off Guardian comment throws in a pause. Even so, the outcome is what's most important. At some point, the effect outweighs the likelihood of shamming and controlled.

Whatever Chelsea thinks and how unpalatable across some popular paradigms her action's significant.

Without even wanting to cooperate but get questioned, could be what it takes to nab Assange. She's highlighted the secrecy and rapacious new-Trump same as the old-lot admin. Made history in a sand-line stand for freedoms.

She's wound up the conservative -and- hostile to homo's etc. crowd. How they'd cheer if this was 'Bradley' with right-leaning values. Would be their number one-er.

Assange is kosher across the left and the more truthy-conscious right. How they gave him some love when Clinton got knocked and Trump, a rocket, in the Prez. campaign. Now?

Mmmm... all shows Trump is under thumbs. One minute almost 'saved' by Assange, now watching him face who-knows-what? Unless he somehow knows more but Chelsea's latest is a spanner in some's works and relief for others.

Here's a sane progressive on Chelsea. Cracking communication this 22 min. vid. Got to be the title for me/here and re-use:

To the once, Assange and like fawning-over, Left-ish rag The Guardian:

Prosecutor Tracy McCormick said Manning could easily end her incarceration by simply following the law and testifying. “We hope she changes her mind now,” McCormick said. Outside the courthouse, about 10 protesters rallied in support of a figure they call a brave whistleblower.

It's good to see 'the trouble' tripping. A most conspicuous example. Managing such a turncoat and birth of that 'off' version. Quite a feat of hypocrisy and this tag-line:

This is The Guardian's model for open, independent journalism. We’re available for everyone.

Off-Guardian has a regular feature and ongoing censoring of comments.

On Bradley/Chelsea Manning there are 473 results on The Guardian's search. What a transparent shift.

My wee thought. A three-point sermon.

Seeing internet-based more open Left and Righties pushed together through censored surroundings. Speaking about the unspeakable. And, oh my -- get out the hanky and dab ya brow -- dare, call it Conspiracy.

Back to daring. Sites with comments and these not over-moderated/censored are where there's movement. It's where the changes for readers/viewers are going on. On outposts, not talking full-on truther and deeper-led crimes.

'We' need the push. Sure, too far and could be a false-flag leading to war with Iran. Or some other, don't like to imagine, horror. Thing is we have the exposure on our side and populist appeal awaiting. Doped out and duped off ones in the main but there are some out there. Not got the so zombified and dribbling wreck going on.

The countering is getting week by week more extreme. A push-off the established net free-to leads to new streams and ways. Hope we find them eh. Before the lights go out. Need candles.