Let us begin with prayer... 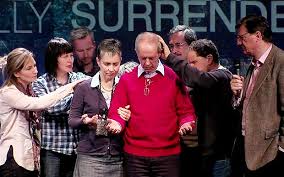 'The Church of England has branded UK cinemas "plain silly" after they refused to show adverts featuring the Lord's Prayer before films', writes Helena Horton in The Telegraph. The CoE is "disappointed and bewildered" And me? Plum pleased we can begin scooping with this one.

With respect to the CoE (and do, yet overwhelming and widespread grieving), the response belies discernment of the real landscape. Bewildering, is how far and long we have to go before disappointment turns to, “this represents the ever-sliding into more neo-totalitarianism that our friends at Truthscoop...”?

Alas, such should-be prominent opposition to lies damned lies, comes with corresponding pretend-not-so controls. There’s not a voice in any wilderness among them. Easy for me to say but even among the flock, public lively-up-yourself signs awake, don't seem to emerge. Look at Stephen Sizer, squeaked the wrong question and whamo, “JSA for you sonny or shtumph”. (JSA is Job Seekers Allowance for not-in-UKers/which prompts me to must-post on UK’s most popular suffering and terror).

First they came for the... Church now heads up the West’s queue. The handlers experimental soft target, all because we allow ourselves to be socially planned into a full-spectrum prison. Justin reacted with ’fury’, pray this is on the up and up. And prayer. And, if you don’t recognise him, he’s the one getting some in the picture.