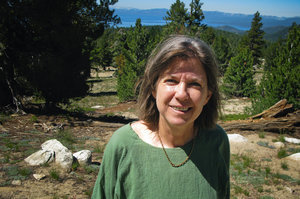 Climate change - all our doing/must stop whatever costs; The Holocaust - not ‘which’ one, Hitler’s intentions, no gas chambers and numbers massively exaggerated; Moon landings ‘didn’t, or did’ but not 'then'.

Other than these three is, ‘who’s stringing us along'? (I’m writing all this/and much on TS, for those less familiar with Truthville). Is the, “it’s Jewish/Zionists... so stop with your ‘Globailst’ and ‘Illuminati’ deflections” - or - considerably less popular, “it’s the Catholic/Jesuits, stop with all your...”

I mention because I published on TS, a not difficult to ‘see through’ scam. I’m not so bothered, I didn’t look to collaborate and failed to include a sufficient question-mark.

About a year ago I stumbled on the ‘flat-earth’ theorists. One fairly immediate response was to introduce myself to a mutual friend (happened - a Headmaster) and advocate teaching it in his school. Why? Because the more outrageous, might provoke an introduction to dealing with the lack of dogma-busting exercise. All his mates and crowd - less so, schoolchildren - need provoking. Flat earth might spark some science-heads into life? Just a thought? But not for him.

I wrote something on Kubrick/Moon; For pushers ‘didn't’ it’s patently nonsense anyone did, or even ever can, tend to stomp on their critics in mocking joy.

A somewhat jaded over-reaction to what happens about all the contra-controversial.

Listening to a barnstorming insiders breakdown on the latest puzzling instalment on moon-talk is one challenging listen, if you deny or doubt, this conspiracy.

(update: the link above has been removed but this is what I'm refering to).

It could be suggested, it’s all about data versus dogma.