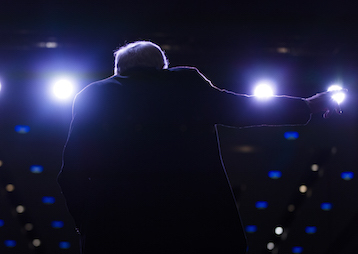 I’m not persuaded on bigger govt and Marxism but appreciate some urgency and angst, writing that upsets but drives me...

to my knees - and this keyboard.

Here’s a top comment on the above piece that brings some light:

Lisa Boucher • 2 days ago: The even deeper problem with the American Left is its addiction to statism. Democracy will only be achieved through decentralization — which means breaking up this North American empire into smaller pieces. A good starting point would be about nine pieces, similar to the cultural boundaries described by Joel Garreau in his 1981 book: The Nine Nations of North America

Large scale and centralization enable corporate hegemony. Secession is the antidote that is ignored not just by false prophets like Sanders, but also by the Green Party, Robert Scheer, and even Chris Hedges.

If you want a true revolution, then have the imagination to think beyond the ordinary confines of large social scale. If you want a society more like those in Europe, then take a cue from the numerous successful secession movements there. Note that the European Union is essentially a confederacy of smaller states.

I agree with Hedges that open confrontation is necessary, not just for our own freedom but also for the survival of civilization. But a Jacobin revolution that commandeers the power of a bloated, centralized state will substitute one form of tyranny with another. Corporate capital is not the only leviathan that must be harpooned.