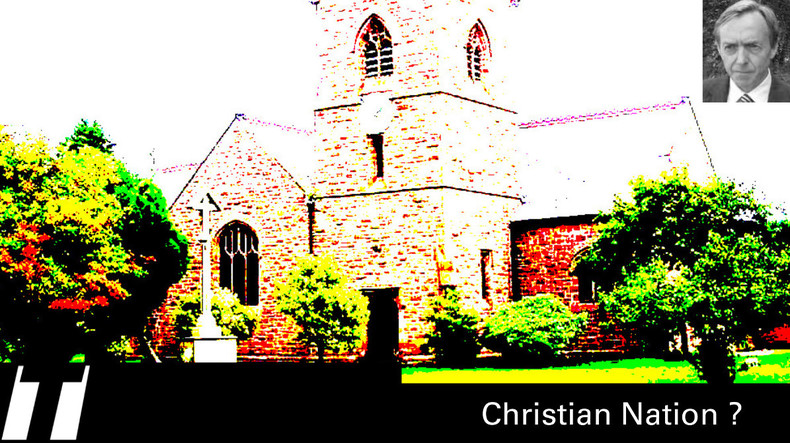 Come to really appreciate Brian Gerrish and team. Plugging away in Plymouth with that reassuring manner (...’manners’ might be the word). Unashamedly respectful tones and presentation. Reasonable about the unreasonable - yet fire in belly.

As Brian carefully notes, “...what the mainstream news are not covering or not covering properly”. Style-wise, let’s go with UK Column ‘our’ BBC, Richie Allan - audio ITV, and - 21st Century Wire, Channel 4.

They all seem to remain as non-partisan as possible. Maybe a touch concerned at the relatively little attention their truthing gets. These UK based ‘columns’ aren’t particularly honoured with wider-world reposts or call-outs. Of course, the pond is small anyway but a bit more, ‘each one, teach one’, would be prudent for all. Why some reluctance? They “beleive this/we don’t”. Repost/association/support fears. Much to do about benefits over doubts and more confidently standing for continuing investigation, publicly proven conclusions, on child abuse claims? Those said to be hoaxes. As if this muddies a school of pristine research? And, ye’olde political camp-building. All very ‘churchy'. Which brings us to ‘Christian Nation?’

Who Says Britain Is No Longer Christian? From a theological treatment, ‘Christian Nation’, isn’t a concept or term commended by God. Although, if you were to add ...culture, or heritage, shared embedded ritual or rhymes - to ‘Christian’. Ok, let’s all who care, go forth into the marketplace to big-up for social space. My only argument with Brians’ piece is this, miscommunication or maybe, difference, of understanding?

Oh, and no-way shouting out to remove Satanism as an 'approved' religion for the Royal Navy. Sure-fire encouragement and more ammo for “ban-the-lot”. (US forces/well under-way). My only protesting push would be the insistence meetings are ‘open to all’. Then... if in the ranks and concerned, be a guest? (Of course... I would).

Brian defies "where are the Christians -and- ‘Truth-aware"? I won’t plump for exceptions. ‘Jesus-people happening/so... not - and so, why?’ Should do a sum-up on that score soon.

Noticed Brian on the ol’God-squad front via Aangirfan (note she/they, run the best ‘christian’ blog on the block, closely followed by Tap). Here, Brian offers telling testimony, which I comment; He asked an important question Vicky didn’t answer. Said bluntly, if we’re to believe evangelical understanding and ‘revelation’? How come Brian’s visits to local churches to explain about some nothing-mysterious-here facts under the radar are dismissed? (About 40 minutes in).

(Aangirfan on a discrete Buddhism-based yet serving the Gospel mission. No doubt about that).

One for the road, mentioning the D word: Paul Tillich said that the opposite of faith is not doubt--it's certainty - one way to look. Another, is what Jesus said, if you have faith and don't doubt, you can do things like this.... Doubt and certainty, when and where for?