Aggression on Trees and Blogs 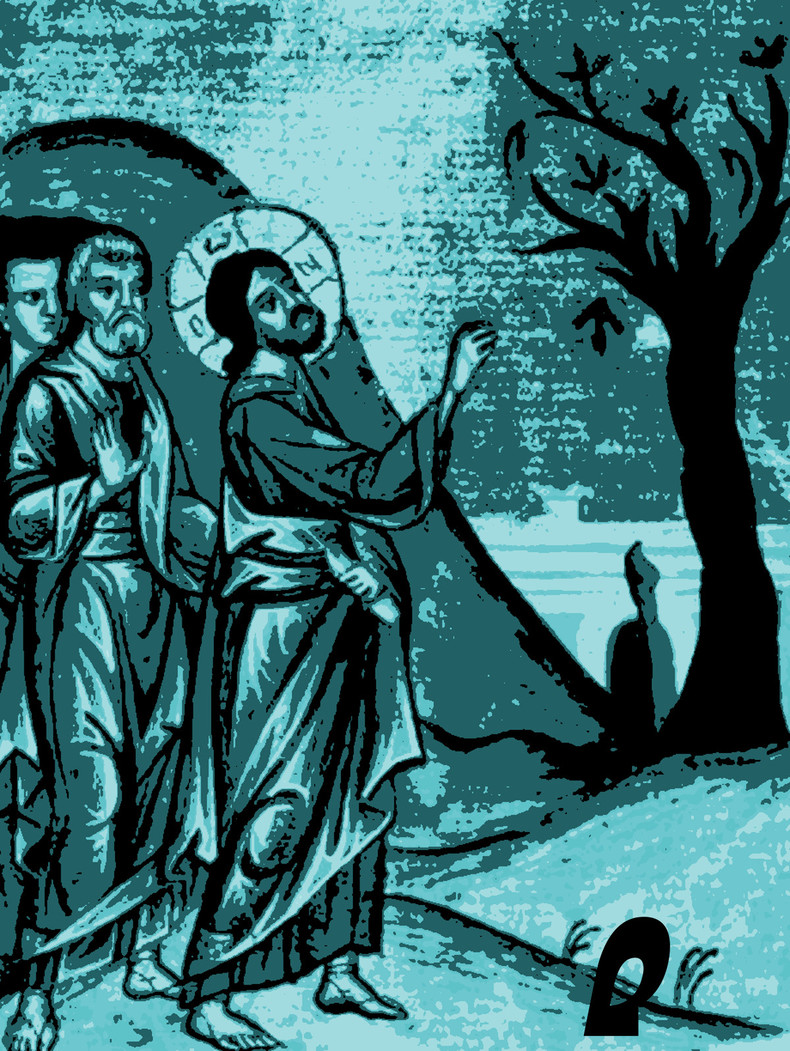 Not a naturist (but not a never-never-would/but probably won't) but nudity, could be, an answer to unwanted lust?

I’ve no desire to advocate for stripping off in public/should be encouraged. But there’s something of an analogy about it, regarding violence. Tarantino uses a ‘Japan looks at violence more/acts violently less’ argument, to quell some of his critics. I should look deeper into that but doubt I’ll see merit and such a correlation.

I believe, no... know... TV-violence, even more than on movie-screens, is the workings of the death cult behind the curtains. TV (for those who do), is still primo thought weapon. Pure Illuminati, almost without a break.

Here’s my dig: Read a post looking to de-myth/God/violent: In the main, is correct and necessary. Yet this brother goes pressing on, into what I consider, special pleading/out of silence and Jesus having to be, all and all, pacifist.

Fig-tree? Spot on. But to suggest this is Jesus’ only destructive miracle?

Well, how about the completion of another involving the killing of pigs?

Before I go on, I’m doing what feels a bit odd here.

Reasons? I’ve liberty to say what I like on TS. Writing on someone’s site could , look to be looking, for a response. And, Plant a Seed is a kind of inter-church platform, where I consider appears as restraint and respect, paramount. The mere airing some things, might not be read so. I’m also keeping it there, all words-and-vision, so commentary and the rest lands here.

Back to nudity. On Religion on Aangirfan ...thinking? Is more-aggressive type commentary and commenting, (not that this is an example), destructive?

What I feebly hinted at in my comment re 'MI', could go on to the Jesus perspective, in taking all aggression and violence into himself on the cross. This, a ‘myth’, us Christians - should - believe? When it came to the ‘religious’ (i.e. claiming God but causing those influenced to see the devil), Jesus was ‘violent’ on the verbal. He was. To the Pharisees - and hidden in context and language - to the Empire. He spoke using violence as an illustration. Physically for? Is another question but not without ample validity he chose, not to decry in a certain totality, by condoning others through lack of protest. Another question. Yet Jesus own broad, God covering word, was against physical violence yet... Yet...

Here’s my bit: Insufficient rigours of debate on the internet is unhealthy. Learning to ‘fight’ with info and opinions is the necessity in protecting, (fighting for at this stage), individual and www-collective freedom. We learn to engage difference in the heat of. If so all cool, calm and collected and promoting this - as an idol - we’ll lose any opportunity. At all.

As for Jesus at the temple. A forensic and prophetic breakdown - coming TS soon.

Even the photo used on Greg's post doesn’t display the claim he conducted street theater. What are we to conclude that, if as rightly guessing, Jesus committed at least common assault - it’s ‘violence’. The threshold is that low. Why not ABH (actual bodily harm)? What possible over-arching Christology precludes this? Must stop... Post on, a cometh.