No more 20 or whatever go-to YT channels. See what comes up on the list. No more bookmarks. Six sites and occasional links. Taken all those screening years to realise, wasn't being careful, and isn't making sense. The-into-Net.

Tell young children, "stay off the net or be very careful, what time on and the compulsion, inc./esp. social apps. talk/text/etc."

Watched too much over the hols. Loadavids. On two commented would write-on. Commitment forcing this post out but say/will, prone to set me up to struggle over not-fail. Prefer; find, write and post all on a one hit.

And written, wouldn't 'do vids' but articles. In the face of YT being 90% of output. Oh... the inner-workings of the heart of Truthscoop. Thrills and spills eh.

Called this unsubscribed to remind, must remain so. Could reel off a dozen best channels. All new ones for me. Won't, yet will relent on vid. reviews hereon if can link to an article.

The ones, said in a flurry, thought to respond:

Haven't re-listened. First in two in the two day watch-fest. Found others equally leaping out to include but this m'quick post, get me going... Want to cover broader themes. Will write about censorship, attitude, and theology. CAT.

Red Pill P. -- as with all these talkers -- new to me. This talk recent but since, had a vid banned. Another, try to convey the sense to Google plea. Will they repent? Again and since... Milk Jar -- 'account terminated'.

Sandy Hook is the incident that caused an eruption of output and the milestone event. Nice, Pulse... Charlie this, and Bataclan that... near-all vid-makers, waned away. Manchester and the London ones got some attention -- but by and large. Those interested-in are losing their motivation. Understandable in there's "got it" ones, and the lost in la la. Ne'er d'twain...

Lost = refuse to be found in our right minds. Assuming, any idea could-be, could-be? Or pretend, don't. Then, there's pride and peers? Growing conclusions are, it's unseen and determined effective outside powers upon. Bible describes as birds of the air.

Small band of renegades against complacency remain. Two pillars need the Samson treatment; child-abuse by the 'bosses' lot. And false-flags, by the bosses...

(Side-note; Jerry Sandusky didn't do it).

To 2017. YT takes ad-money from most all. While no-surprise false-hoax-flag exposes, facing the brunt of kick-offs. Other platforms come up, and like 'vid.me', go. Seems ain't working in getting attention off the y'tube. Nowadays, everywhere you turn. The slow whittling off, thought police swoop down and shut.

Suspect, have the most sophisticated rational and who/why. Discouragement is high up the priorities. Demoralise. Add, cover the real targets, with lots of subterfuge.

As suggested, one hit TS 'n all, is coming down the cable. Via, link back and false-flag cyber attack. Or, pay to play internet with exclusions. There is no way 2018 ain't gonna be the year of censorship with held up safety on the other side.

Hail the T.V. type pundits and lying journos pumping their pretty-looking hell on us. This the drive. We're like smack heads for lies. The warm escapist buzz of reassuring social stability. All the while told to near-panic at our supposed conundrum. Orwell:

It eats up the surplus of consumable goods, and it helps to preserve the special mental atmosphere that a hierarchical society needs. War… is now a purely internal affair.

All four talkers are tip-top on the attitude score. Start with Chris/Red Pill. What an open sounding interviewer. The bits where he asks, if it's ok goes quiet for a minute, are gems. Makes no-pain clear, this all about, his processing and discovery. Not so much, 'show, you what...'.

And Milk Jar is the perfect partner, managing considerable brevity yet clarity. The other two. Same. Couldn't so care to be; a) wrong about; b) judged about and; c) uncertain about. This makes for much light and life. Room. To breathe and self-expose. But this, most dangerous. Dare to...

Both talks cover ground that y'cannot give it the polemics. At least shouldn't, through and through. The need for some humility, implicit. This assuming there are those outraged. Bemused. Chastened in opposition. Belligerent.

Here m'final on att. The need to listen to what we don't necc. agree with and find the most challenging examples. A place for teaching and go-along-with ranges of info but am at, show-me the perplexing and upsetter.

NOW... there is one light the fuse for fireworks and no restraint. While needs to be; Restraint that releases through wider consideration. Write two blogs, part to address this and try to bring a little understanding and alts. that watching outsiders, might better see Jesus, because. Not, "God couldn't be... because".

V.v.limited third point, when do write a book about. Rather, think'll make four long-statements and say ta-ta for this TS day.

A PS re; Should Be Writing About Brendon.
B. is out.

Theology and Jesus, is about prayer and the word. Only asked to teach [the disciples] one thing. All theology that somehow undermines, or doesn't galvanise toward, is second best. At best. Goal ought-er be; draw someone to want to open the Bible, open up to the present one and conviction. All else, the religious sounding version, of a form of godliness but denying its power.

The need to react against and be about 'not like those (other) evangelicals' is a sign of immaturity. It's having moved from child to teen but not progressing to maturity. Sweeping judgments about the swathes and who-knows what, and those naming Jesus, is so lame. The Problem: Unchallenged Assumptions. Plus, think got such vision of a million hearts? Ain't poss.

For God to be anything but in this dimension of time is in contradiction to the Bible. Inconsistent with the character of love and purpose portrayed. The trouble with so much hear-theology, stems from, dodgy roots. And quoting a verse doesn't sort it. It says this... and here's what else could mean? Argument and context. Then, the Spirit leads the individual. In this we're called to trust.

Assumption (if) earth=flat=God lives, will bring about revival isn't Biblical. Or likely. Mandela, what-ever. Yes... God fearing goes up, but revealed as who and what about? Not looking encouraging on current projections. Having said this normies need the rug-pulled regardless. Truthers are all that's spouting and might shake up. Multiverse giant-hunting ones making YT waves are doing what Christian circles tend to do. Look to/for this new-thang, to be the will-do-it, see some action. Substitutes. Not suggesting shouldn't bother but exploration without alt. The lack of theo-qualification and self-challenging, lends itself to conspicuous deception. The very "dare not..." claim said about those uninterested and yet, in Christ. 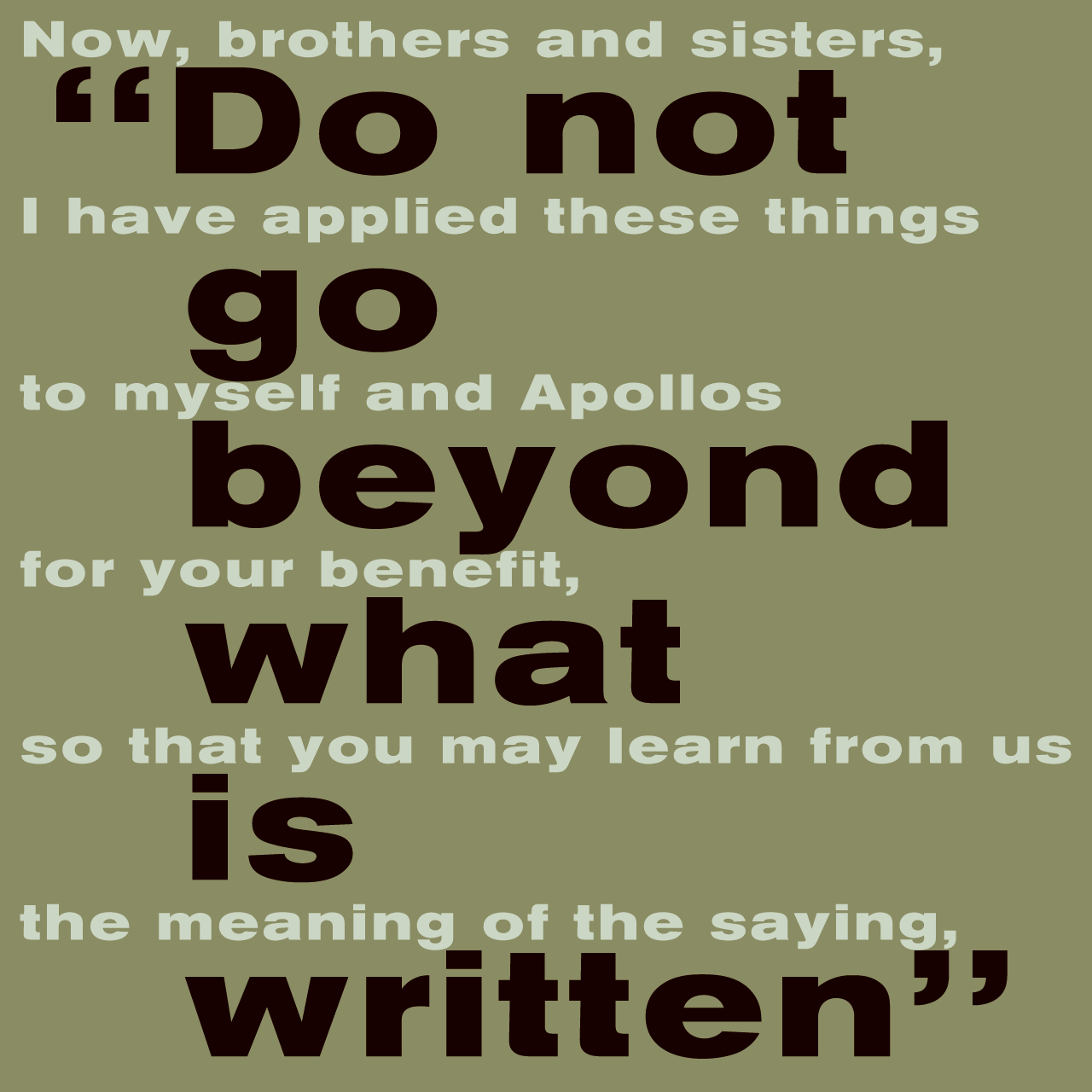