One Masterpiece Coming Up... 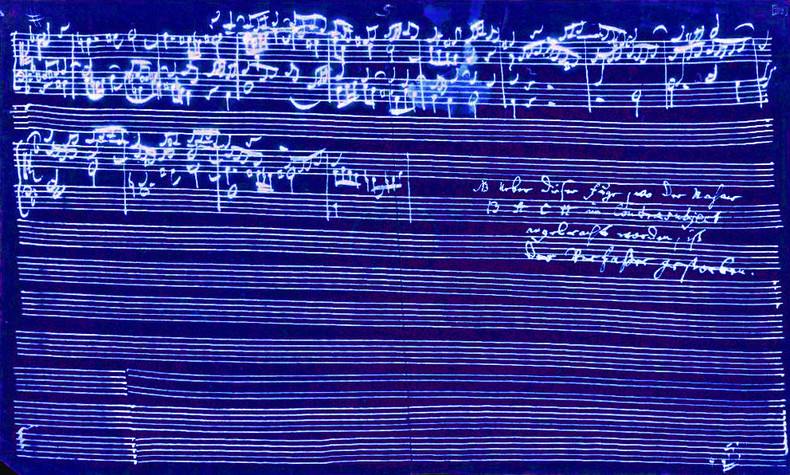 Gould used the Peters edition of the score (no.218) which has missing the
last 7 bars of Contrapunctus XIV, (which they and Gould erroneously call
Contrapunctus XV). There were several print editions of this work and
several early editions chose cadential points that the editors felt were
more structurally significant - such as a cadence or half cadence, so that
one performing the piece did exactly stop mid-sentence as the manuscript
ends.

Fascinating though is why Gould used this edition. I asked the very same
question of Bruno Monsaingeon who stated that Gould was not concerned with
those kinds of details. When they were shooting that fugue for the film,
Glenn had an assistant run out to a local music store to pick up a copy of
the score, and Bruno said Gould was not concerned with whatever edition he
bought. It is so very interesting to me because for a man who was concerned
with so much minutiae in his life, that something as important as this was
not of concern, or even interest. I have a copy of several of his annotated
Art of Fugue scores which reveal mainly audio-mixing related marks, but also
a separate piece of paper which outlines the harmonic rhythm of the final
fugue. This shows that there were structural aspects of the piece that he
was interested in - but so peculiar that he didn't care to play all the
notes!

From: email by Sean Malone

And: Brief Introduction to the fugue