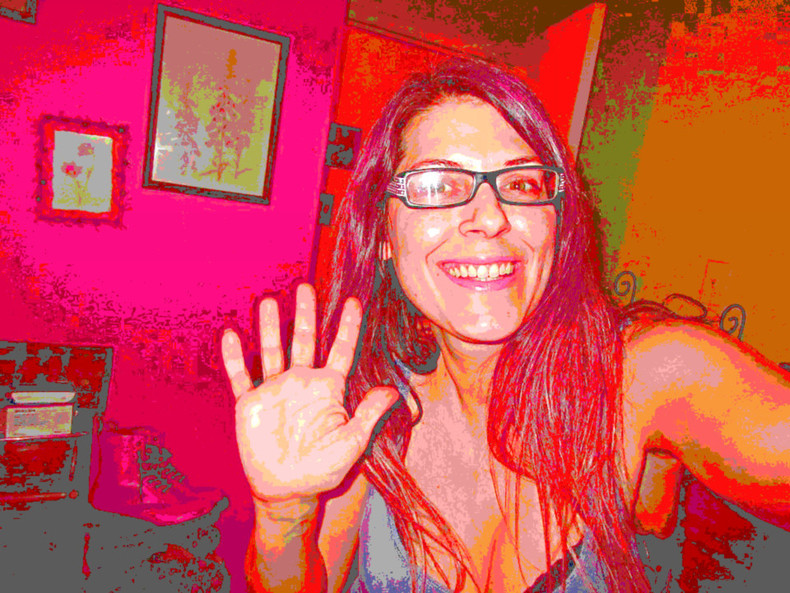 Said. So will. Do a part 2. Try a reflection back and hope. Sparked by Sonia talking life and – "wanting to pray better". Hundreds and hundreds of her online buds and yet, she might as well be talking to one. The freedom is rich. Resigned to some things but hopeful. Subjects covered, normalising exposure of the deadliest deception. Pure warrior.

This approach, I've come to believe, is what the world most needs. Sure, some looking-like a Broadcaster is needed – but the revolution will come, in switching on a mobile camera and natural chat 'bout. Typing, snapping, publishing and maybe – next/yet, more to come – in print.

Thus far, I've kept off audio or vid but I'm considering… This type/graf, here and Plant a seed, is the least… and a compulsive defiance. It's a standing on land that's under threat of our eviction.

Matt Drudge last year spoke of 'their coming'. It's... SO serious (yet, hidden, in the 'as normal-jamboree').

Back to wanting to hear Truther Girls – is for me – a going around the block and coming back to what's my most-the-thang:

'Praying for…' and, the hundreds and thousands who currently 'listen and watch' turn-on, truther-peep, more and more: 'DO'.

Surely this is happening? Yes and no. Respect to the yes-ers but there's conspicuously few… Some who did, are now knacked-off and – off-line. The many, who even click-on but might comment is waning. And a lot feels like understandable desperation, expressed out but too often in the saddening-bore, fighting the fighters.

What am getting at, is T.Gals is where it should be at. Not hiding the struggle but being that up-front. Truther in life/knowing the war – but not pretending what this 'lives' like? How we live in and with – if you have – family and the fight? If alone-more, in that. What-ever. What matters, is the door is opened. The shout or cry is out.

Showtime to tell, one or more, “ya not gonna shut me up”.

I held prejudice against opportunity-knocks “what I had for breakfast” blogging. It's gone. If talking truth at breaker, here and there is happening. Finally, I decided to put-way my false humility, hence coming up to half-a-year 'on'. Now I see numbers on this, the decisive whistle blow. Shining to compete with mainstream, although important, will never be enough. More viewers? I once thought the obvious answer.

Now I'm for; Every viewer past six-months or so awoke, moves to comments and contributing – on to: DIY Out There.

I say this not as a “...and Look at Good ol' me” but, if I have a quib, it's substitute stopping-short and limited social media. Unless the expression is fuller expression in type, audio/video, graphics etc. Chattering among 'ourselves' is not enough. Yes, the connect to others on the platform is essential but self-recording on a youtube channel or blog is significantly more and most necessary. And yes, continue, do the social-other-media.

Something that people we know or strangers who bump online to, is the key. Off the benches on the pitch. It is not about our internal camp dialogue but what might a newbie get?

Now I've reckoned on this strategy for liberation, Sonia seems an utter superstar in what she does because… she keeps popping this bubble at every turn. What she most tells, is that we 'all can'. This ain't so clever except in – we all can be… this clever. Anyone who has experience with self-help groups should admit, the general Joe public, are superstar communicators when they ain't-so trying and the audience doesn't so-matter (at least in not being crowds).

I literally might be talking to 'one' (“hey there...”) but I do it because the other response is not better. Not God. Not what God wants. God/believe not, go for 'humanity…' or something, someone.

If a march represented what's needed. Who's turning up? This the inexcusable definition of awake: read, hear/see, my shout-out.