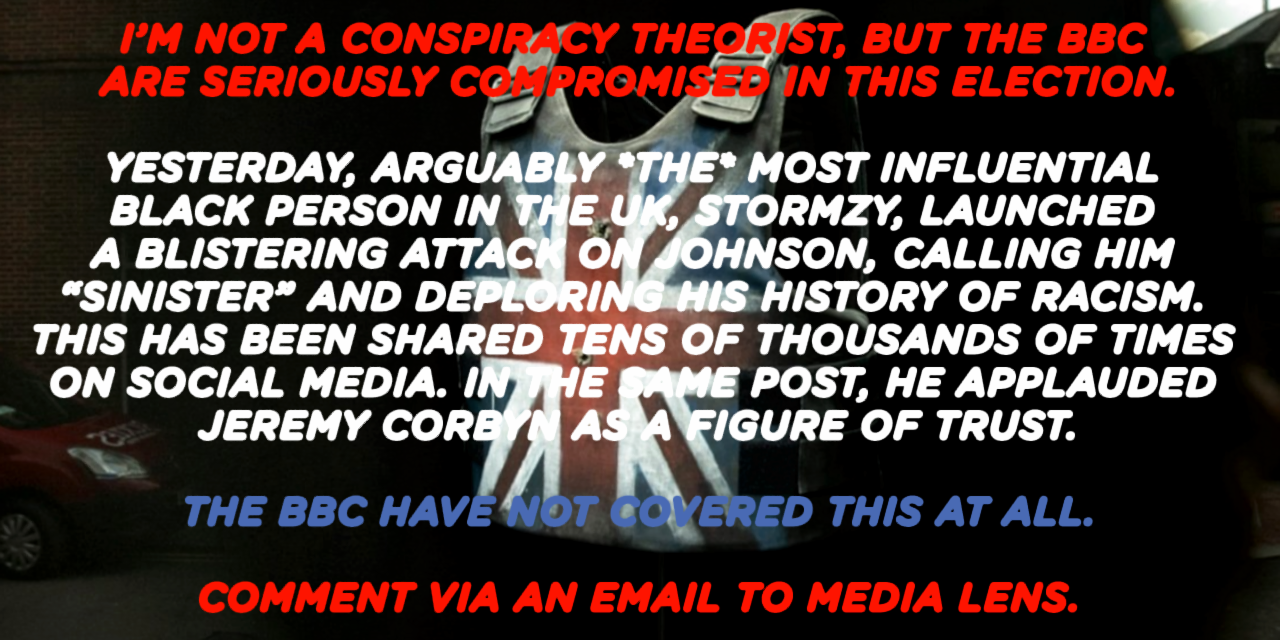 The Unz / "where else?" and The Year of Manufactured Hysteria C.J. Hopkins:

Well, it looks like we’ve somehow managed to survive another year of diabolical Putin-Nazi attacks on democracy. It was touch-and-go there for a while, especially coming down the home stretch, what with Jeremy Corbyn’s desperate attempt to overthrow the UK government, construct a British version of Auschwitz, and start rounding up and mass-murdering the Jews.

A British version to Auschwitz links to Reopening Auschwitz – The Conspiracy To Stop Corbyn.

A commenter said (forwarded to us via email, 27 November 2019): ‘I’m not a conspiracy theorist, but the BBC are seriously compromised in this election. ‘Yesterday, arguably THE most influential black person in the UK, Stormzy, launched a blistering attack on Johnson, calling him “sinister” and deploring his history of racism. This has been shared tens of thousands of times on social media. In the same post, he applauded Jeremy Corbyn as a figure of trust. The BBC have not covered this at all.’

Gagging for a scoop.

11.34 am ... stopping writing/before starting. Got stuff to do. Back later today to bash out words.

More work unexpected has come in. Sincere apologies if you looked back. Got stuff all morn. Soon as... Bah.