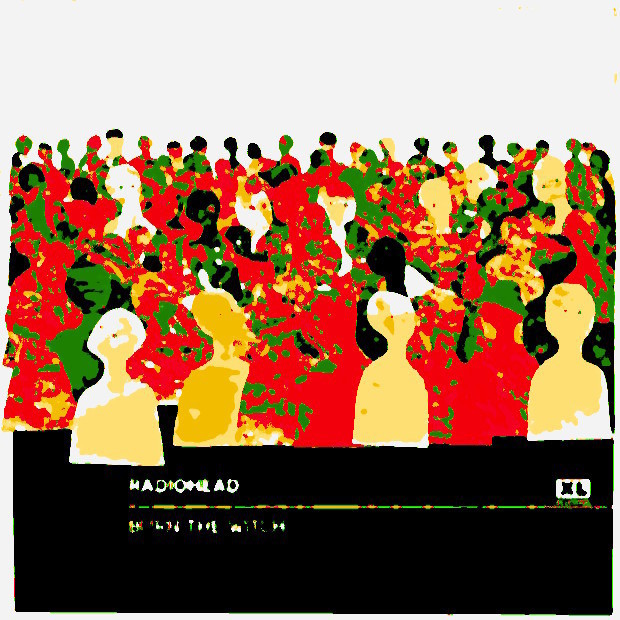 Pop hasn't many serious notes. Politically, players who lift a banner, do the hip-creed of environmental socialist appeal. Ought to/hope they pipe up soon. And loud.

With Trump about, surely needs to be reaction? Are Radiohead taking a lead? Reading through comments and watching the vid, looks like they're on. To/ something / /.

Culture-makers who can speak-up because they have the bucks… quids. Bit like Donald.

Name and fame still standing (and the rest), won ground to be rare mavericks and somewhat expected to, gabba-gabba hey, some substance. Social commentary in a poem and thrash.

Commented on Radiohead, 9-11 and the Esoteric “Burn the Witch”

Thanks Jay and Jennifer. Incisive. Important someone keeps an eye on the rockers. Bridges into a 21st Wire. Once planned/not 'appened, to do a series on music, all about revolution rock. Why the last 40+ years, so desensitising politically? How much was/is, hands behind in contrived intent? How much lazy, lame, weed-up and “leave it out” – get another cheap-ish beer in. Fun now, tomorrow, same. Punk's hymn, 'no future' and its reverse psychology claiming “not apathetic like...” And on. Be one for reading from you or others. 'Eerie' the upshot for me, reading your aticle. A quandary? Those on a 'serious' platform sense, or dare discover, awaken-news? Do they translate into no-hope, so rather do anything than risk personal trouble, therefore..? What is it? Prince might now have set some things off? Or hearing Billy Corgan? Radiohead are still the biggest cred-hot band in the world. We got their politics. Not unusual. Can they be so able to cryptically say, what? Or in the interviews they rarely give, be asked… what? At least you're asking? May some hear?