Pope: Help To Grow Up 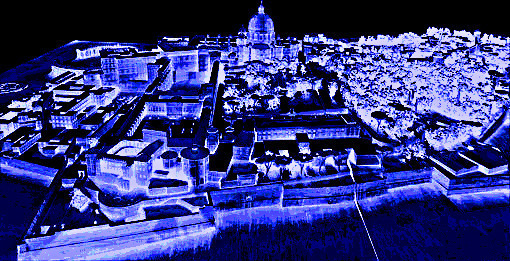 The Pope. Has named, a claiming to be Christian (like himself), politician’s policy on the practicalities of immigration, makes this person - not the opinion - Not... a/Christian.

A religious leader calls a political leader, not part of his religion, because this politico wants to build a walls around the country he aims to represent/lead, just like the ones this O religio lives behind? In his country... ok, ‘state’.

What a blunder. Best/worst from the Pope for yonks. Build a ‘wall’ around said shared religion, that - wall at all - only for God to finally discern. But no, Pope can skip that, and rather take-on telling, who’s on which side?

So-dumb, it beggars believing would be uttered - that a man who wants to try and construct a patently, ok - likely unworkable means to manage a border. Is - ‘lost’? Because..?

Coz this, so-blessed mr. peace-maker among all men as far as possible is, by inference, calling millions and millions... across the world, who share beliefs in secure national borders and Christians - what? Unforgiven, not In Christ... Any-more? Never was/were..? Because this, is not, the Gospel? And he can tell us whose in - or - out? And all this is ‘in’ the Gospel?

I know he considers he’s not-just-anyone and believes charged with a unique disposition, position, call... office... summit, supposedly. What’s he now on, a N.T. rewrite?

Leo Zagami says he sits and lives like a normal one, all TV and trifles, figurehead for ‘them lot’. Nevertheless... myth-ing-on... (this is one scrappy-post/understood).

Knowing this considered opinion was bound to inflame, would achieve... what-did-he think?

Maybe he went rogue? Any advisor worth his lucre would have explained the backfiring and go-go-go-Donald support this would cause.

And they/them, wanting to unite all religions? (re-read and add ‘co-opt’)

Surely this is one jumbo gift of stupidity:

A person who thinks only about building walls — wherever they may be — and not building bridges, is not Christian, Francis said Thursday, according to a translation from the Associated Press. This is not in the Gospel. (Fair enough it's an 'a' short of being finally-specific but it's how it's heard and still can be taken as stating, 'a person who thinks... is not Christian'. Not this perspective).

Perhaps he’s on ‘another’ side deep down. Maybe God woke the one in the white dress up and he’s seen, his claimed ways to have us all hold-hands and all-unite, is certainly not pure and holy. At least via the NWO.

My thought is, he’s not so smart and prompted by, less than the best and/or other lesser forces, did the world - and God - a favour and pushed some straight-forward/rather not mainstream get to grips with - out there.

Desperation and one considerable risk. The Pope spoke. We all weigh.

What have we found?

Pope don’t know what he’s saying. On this occasion at least. And the generally childish levels of engagement about the difficulties of migration, have had some unwitting, help to grow up.