I Don't Think So 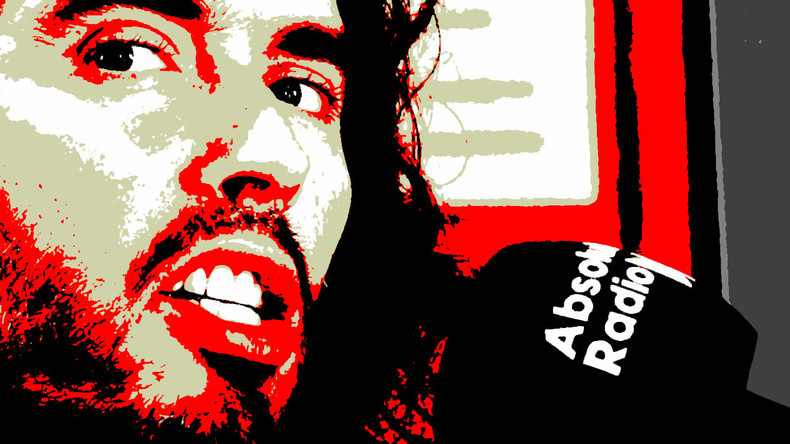 Having not heard Russell Brand for ages, played one clip. The interviewer asks about inner-Hollywood. Light-hearted banter. Geoff Lloyd (Absolute Radio) slips in, “ruling parties of the world of illuminati… telling banks and governments what to do… is it like 'Eyes Wide Shut' in that world?”

Know-so surely? Of course/not. One thing a sober Russell would not like is lying. Half-truths galore but not full-on porkies. Denial of the most threatening, physical enemy in our midst?

Of course he does and so does Geoff. The stars all know, the fans increasingly do, (younger/more likely). The in-crowd know because no-one hides it. Publicly the leaks are appearing but the cover-uppers prefer we have some discussion. A laugh about, with some degree of retraction.

The first-time I heard Russell went on… and off the mainstream reservation, was when a caller to the Alex Jones show talked of him rattling an Awards-crowd about banks, governments being told by…

Alex hadn't heard of him, a couple of years later he's on his show, “a regular listener”, now guesting and gulping up the challenge.

At one of his shows I saw (messiah one), he went oh-ambiguous on whose the elite/elites. Like this latest interview. Dunno/maybe/maybe… maybe

'What we can talk about we don't fear' is the mission from the elites capital-radio. ('Yes, its time for the Dr. Gobbles Show')

Not knocking Geoff or Russell. Good on them. Unless nihilism is in full-swing, they must be deeply concerned.

Or, if the 'Illuminati' are a fantasy created by over-exited speculators, why even mention it?

‘Dots’? Russell has many, John very few. Publicly (my quick look) reveals; Brand-like esoteric wanderings (yet to sample), veggie views and a social action/enterprise. Otherwise..? Engaging fella but to harp on so about Brand puts a bit of a skew-whiff on any overall presentation. My question would be, who else is on John’s controlled opp. list? For there’s a wee gaggle who, switching and swapping a name here and there, and far from shedding a tear, like to smile sweetly and call ‘em all “traitors”. Frankly they get right on my tits and, as it happens, always show particular disdain toward towards those “other co-opted dupes” – Christians. They’re invariably believers and seekers in spiritual dimensions and/or off-planet entities, or New Atheism.

If Russell is intentional opposition, the need to ‘reveal the method’ and flood us with symbology and numerology is probably going a bit OTT. “And if you know about Luciferian belief…”? I thought I did a bit and therefore the understandable mystery and debate that surrounds but not John, he says some, ‘know’ and it’s this… I’m intrigued to hear more.

As it goes. On Russ. I’m a libertarian in the ways to organise and as a vision for the post-turnaround social order. Previously Anarchist. Therefore I don’t go with his Socialist appeal. RB undoubtedly holds back/lies about what he really knows and yet is likely a complex mix that isn’t tricky to understand why and partly discernible through self-disclosure. Fabian influence, you rightly state but I’d expect having an ex like Jemima and mates in the swing of Marx, for him to mix in and out all sorts of muddy waters. Tattoos and dog tags don’t overly convince, the boy loves being contrary and brash, and just a little bit F you. The Olympic romp is the most troubling but the intense effort to pull him Illuminati with operatives on to him like a Truman show isn’t surprising he was taken… Or he’s being naïve. At least he wasn’t just pissed or stoned. Or maybe that’ll be next, the secret intoxicant. Maybe those who hear him in the ‘rooms’ know most. “Allo, my name’s Russell and I’m a…”.