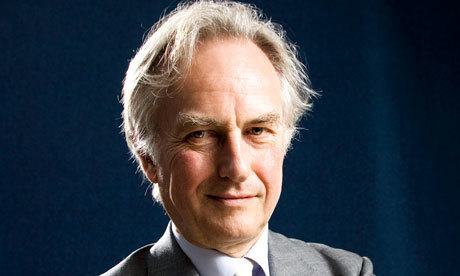 Yes, you did read that.

They're not so sceptical about silencing debate when it comes to the 'highly offensive'. If Richard had said or written the substance of this silly, tame and juvenile video he re-tweeted. Would he still be banned, or was it the format? Pray tell.

Wonder if Karen Straughan gives the story a one two?

As the leading voice of militant atheists, Richard Dawkins has spent much of the last few decades battling Christians, Muslims, and deity-worshippers of every denomination. But now he has a new fanatical opponent: the secular dogmatists of the regressive left.Yesterday evening, after retweeting a video critical of modern feminism, the renowned professor and critic of religion had his invitation to a skeptic conference revoked. In a statement posted on their website, the Northeast Conference on Science and Skepticism said:The Northeast Conference on Science & Skepticism has withdrawn its invitation to Richard Dawkins to participate at NECSS 2016. We have taken this action in response to Dr. Dawkins’ approving re-tweet of a highly offensive video.

We believe strongly in freedom of speech and freedom to express unpopular, and even offensive, views. However...

"Let's not engage when he visits and challenge him him on the content of - (I thought/crass/didn’t make me laugh) - video. Let's ban... BAN..."

This more-often, collage banning thing, is way, way.... getting/gotten, wwaaay... out of of hand.

Appreciate this rugged lot are more the lecturer-types. But back at campus, where's the sit-ins and stand-ups? Invite for the one with difficult to consider but important ideas? If I had the opp, I'd enrol in PC Uni numero uno and take them on. Seriously, this would be an admirable call.

Need to go back and listen to a Darrell Hamamoto interview or something... remind myself of the erosion, primarily this breeding lie that; offence=censor, is in - adult(?) education. Can’t we see where this is fast going? Oughtn’t to be underestimated.

Double-standard anti-sexist/racist/sexual-identity-alone at that, is to the determinant of ALL our freedoms. This - where-is - youth, is projecting some must-be-opposed poison.

Talk about blind leading the blind.