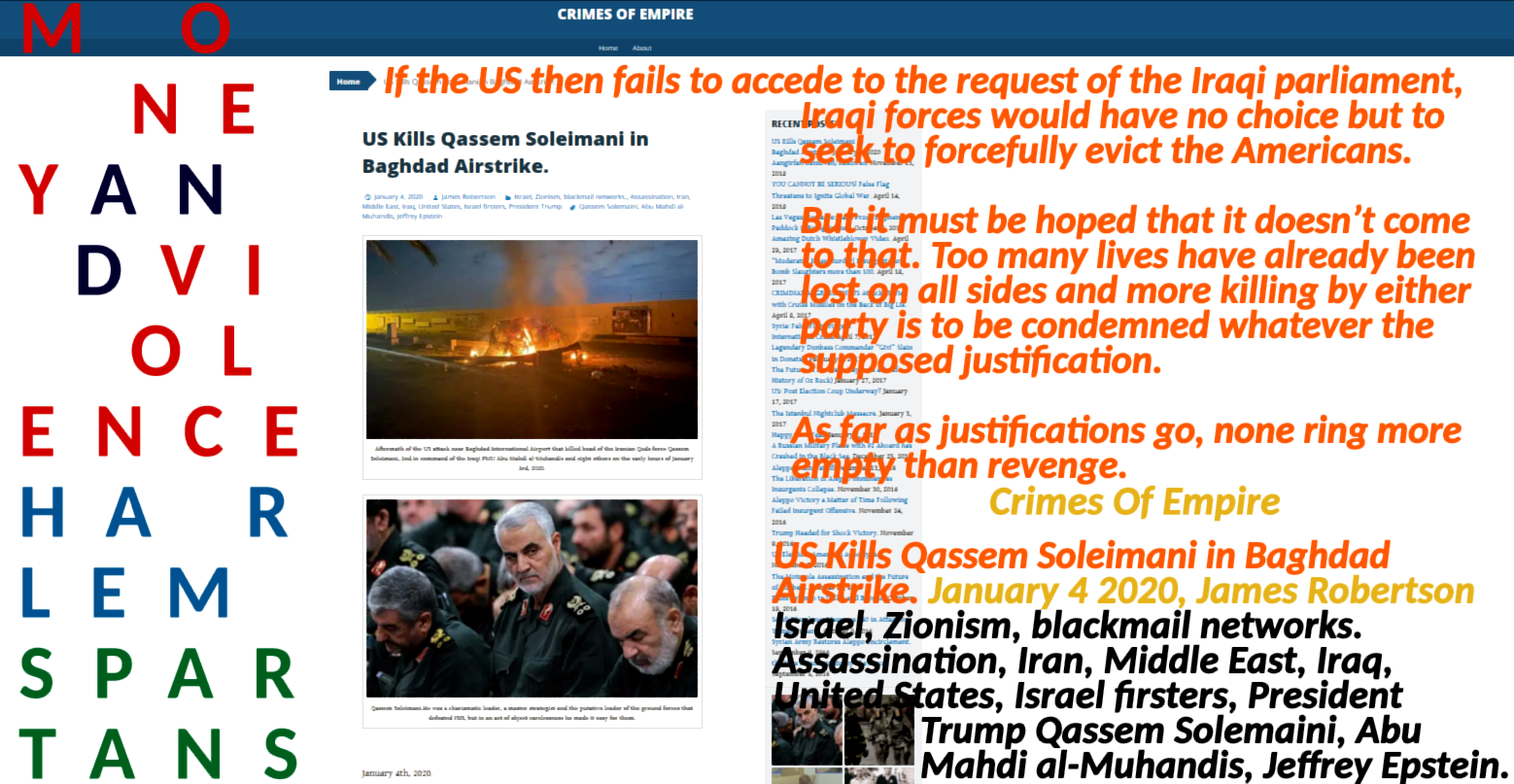 A member of the south London drill group Harlem Spartans has been confirmed as the third man to be stabbed to death in the capital within 12 hours, police have said. Fans have expressed their grief and paid tribute on social media to Crosslom Davis – known by his stage name Bis – including England footballer Jadon Sancho 1.

While waiting... Crimes Of Empire on Saturday, January 4, 2020. Truthscoop came about through comments on Crimes Of Empire in June 2015. An offer and James' response, to which I replied: You’re on sir. All agreed. Soon forward… James went: Excellent Mark, I look forward to that and I share your admiration for Gregory Isaacs.

What a bonus -- he gets me. We speak, although not often enough. He lives in South Australia. Unlike-James, but you can understand why he wrote and asked I pray. The post he did yesterday was unexpected and caused loud hallelujahs. The first one in ages. Oh for more.

The other in our triune is S. Awan. Of course, we're not Tri. or any other closed union. S. Awan asked for any interested in journalism or design to make contact, if they like. I liked, and we talk occasionally and in contact over the last three or so years. Before... CensorPress (aka WordPress) did a Stasi and deleted his hundreds of articles. We planned to do some audio. S. Awan has made a start.

S. Awan has sent me a song, to hear for the first time to write on. Here's what he wrote: Here we go then, bro. I'll try to avoid songs that are especially famous. This is the second to last song on the 'Nevermind' album (1991). FYI, trying to make sense of Cobain's lyrics is always a bit tricky.

To the one or two other suggest-ers? Please excuse the delay. And thanks so much for your interest and encouragement. Today Tom, and colleague Olivia, were up for a quick chat and in another business, Sissy gave me; Mac Demarco. Scanned thumbnails and picked the latest and 'Nobody'.

Will kick off and interrupt the Drill, Grime and associated ram-jam with Nobody (-unless into, and on).

WAY TO GO Lyrics (printed); instrumental (if available and sounds right, or an official release); Audio; Video (If available and...) 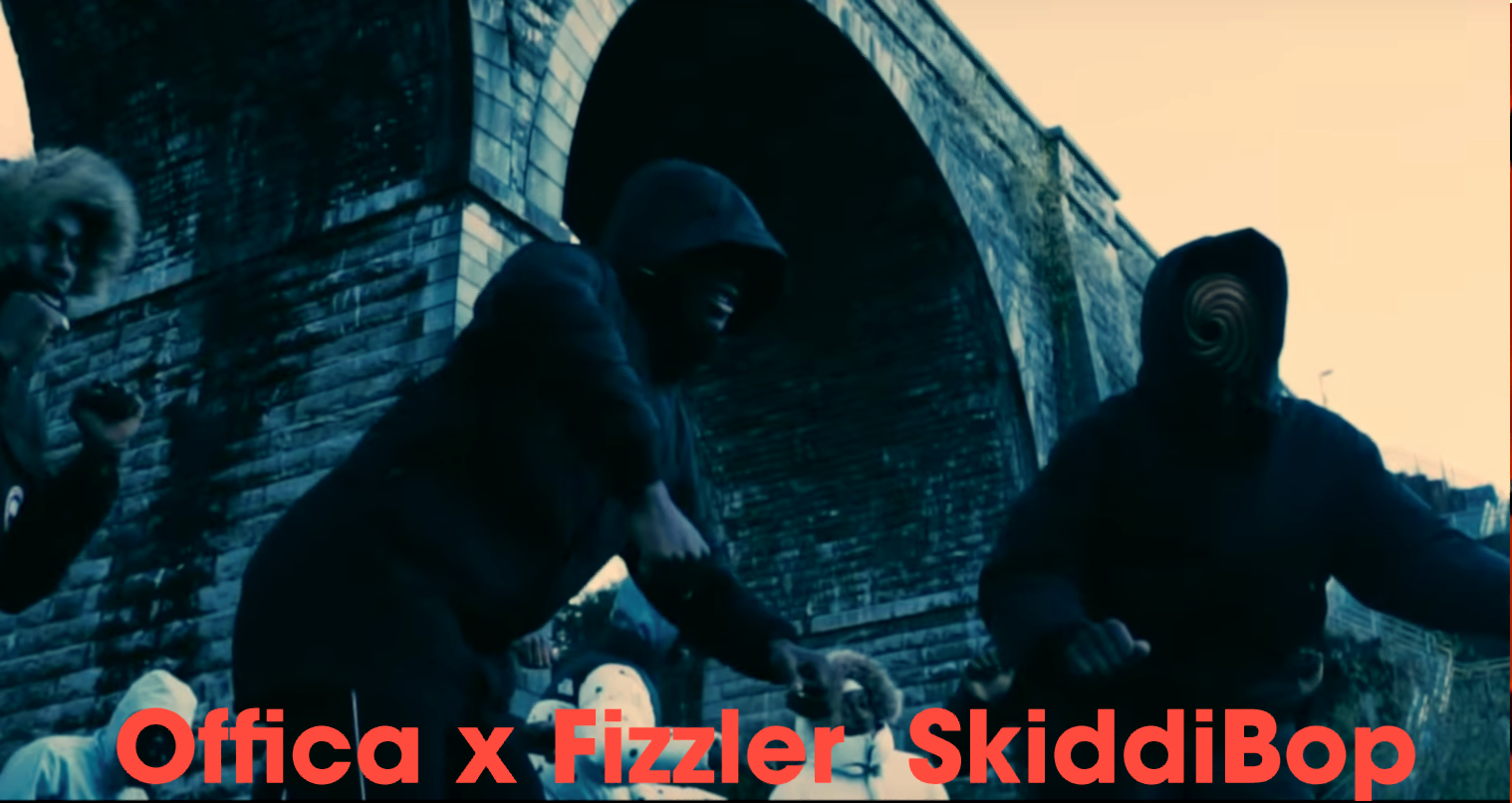 How about the joke and conspicuous silence. First; Not-a-joke:

Drill, Grime, etc., is an ideal opportunity for the crisis-makers. How could a false-flag be constructed to silence the sounds from social housing estates? The default oppression is to keep the gangs ganging up on each other. Lock up, who can. Somehow manage and co-opt the emergence into the dustbin. Find a line to meet for TV-level appearances, once an identifiable handful in. They may be controversial and outrageous there and there but it's all smoke/mirrors and a treble-bluff.

After a time, the line moves and its exact the life out of it. Get the rap-flesh and bones on a platter. Hows it goes: A pound of flesh 1.

Reckon Monday for Spartan talk. Boy, they're one something-else.

Before I go, the disclaimer below is made for jokes galore. A wind-up that mourns our post-journo UK. And hope, for dead bones coming alive. Substitute, all characters... for, all claims in the statement... I.e; Journalists are going crazy, like the Drill scene itself. Never seen such rigorous public debate, over the changes that abound and the concerns for freedom... Blah, blah, blah. The Merchant of Venice, Act 4 Scene 1. William Shakespeare. Antonio: I have heard / Your grace hath ta'en great pains to qualify / His rigorous course. But since he stands obdurate / And that no lawful means can carry me (10) / Out of his envy’s reach, I do oppose / My patience to his fury, and am armed / To suffer with a quietness of spirit / The very tyranny and rage of his. [Alt version:] They tell me you’ve done everything you can to talk him out of what he’s doing. But since he remains stubborn, and there’s no legal way to protect me from his malice, I’ll just have to take what he’ll give me. I’m ready to suffer peacefully whatever he does to me in his cruelty and anger.