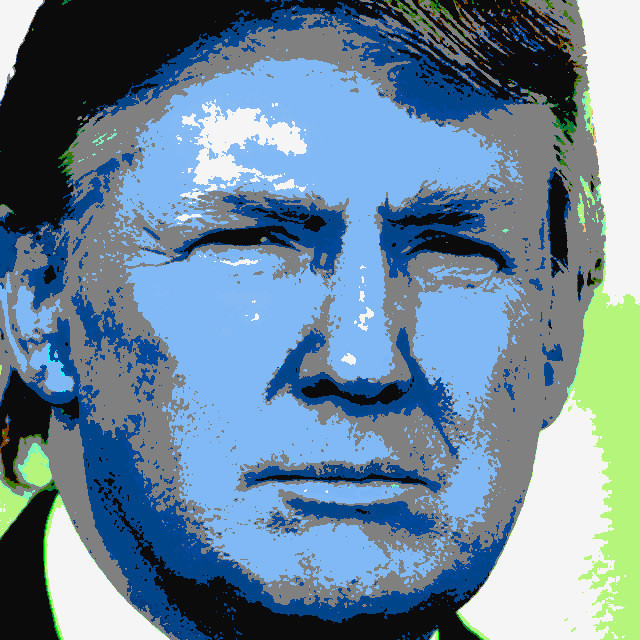 I tend to face opposing positions by empathising. Motivational Interviewing calls it 'devil's advocate'. Arguing with… and – “but if...” Yet instinctively go further, genuinely getting all-in-on, helping the communicator find stronger arguments, or presentation.

Rehearsing best I know challenges, while remaining confident, I have more to give than being asked. And gruesome, weako, people-pleasing that I should bold-up about but – does help humility. Motivation. And not so easily as I do, get lost and... why. Why? Always that? Why the comments and ever-chatting with whatever nearest stranger's at hand?

Frustrated evangelist. That why.

I need to read those falling over themselves, confidently quashing any last dreamy, silly faith, someone might have in Trump. Particularly progressive Christians (my closer reading). I almost want to ignore out of politeness but I appreciate, that's not my call.

The headlines are: 'Fascist on the way to shock/poss. becoming a/the dic-ta-tor. And in the face of unprecedented popular enthusiasm, ushering in US-Weimar. Both priming and feeding from the popular discontent, which understandably feels the problem but misdirected from the more humane and wiser solutions. Then comes the one-fave word: He-is… dangerous. D...'

I have concerns about him. Trouble is Trump-haters wouldn't necessarily accept them (there are awoke and anti-Ters but not...). In the UK, they're all in a chior, so… Sure, he is…. All bad, to the… Core.

My substance for why he's maybe-baby not-good, would chime in parts with the mass outpourings but overall depart because of the ground they stand on, i.e. Left/right, one nation/one nation, rich/poor etc. This more valid than the construct, transcended by cult workings within, that I and the, 'dare call it..' see.

Talk of recognised Globalist – cult – chiefs, publicly trying to co-opt Donald this past twenty-four hours, misses their point: “He's Hitler-like, an Anti-Christ. What's not to see?”

What does God see?

My so-far: Jesus said there's a time when division is all that remains. In this case, one that comes to draw many 'around' and together. To fight a common enemy.

This I believe is Donald's – God-hopeful – call. If he stands up and doesn't give-up. He will need a miracle to survive these killers.

Donald, (I feel to call him this, not 'Trump') deserves attention. I watched some quick-bits of the latest speech. Intend to go through it, use it as his 'side' tomorrow and read three articles:

Jim Wallis, Donald Trump and the Death Knell of White Supremacy
Amanda Taub, The rise of American authoritarianism
Chris Hedges, The Revenge of the Lower Classes and the Rise of American Fascism