Little Simz, Stefflon Don… 'non and on. My Playlist is what plays, sorry gals. Nothing else till 1/1/2020. Except for 'worship ones'. Do Bethel – might do Upper Room, about it.

Will take off-fast days and when researching around something but should be... measured.

Last night fell asleep on 'Harlem Spartans – Kennington Where It Started'. So pants... and plonker me. Took down a half-written beginning... will re-up on this, when completed. Next TS on Money and Violence.

Reposted below is a question I asked:

Question: What's the connection? (How about the contrasting line-up and Friday 5-9 pm?)

I say it goes "U Roy" and from... Jazz. With Kenneth Patchen, about first up. Poets over live jazz.

Me and first song since last write/time.

Wailing out in tongues and yappin'

Loop/headphones/loud: Nothing Else (Acoustic) - Edward Rivera | Moment. Top of all my charts 2019.

Talking words over music can be a competitive art form. Mentioned, see it going; U Roy from Kenneth Patchen. It and Rap, that is.

2019 is 'something different' as a Country Don/s tells a police officer who asks about the name. A hip-hop track, that is itself, why. 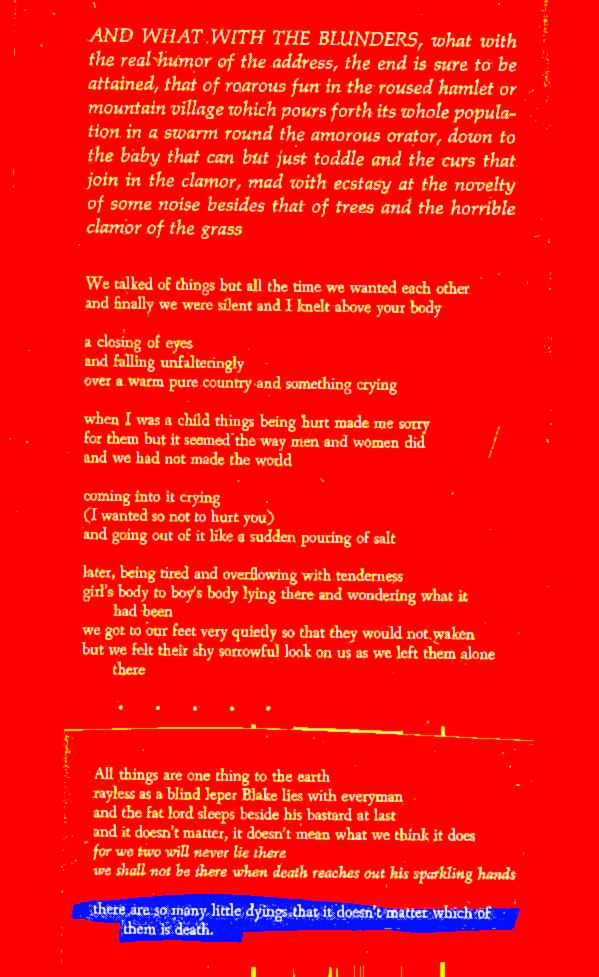 Did red up a Patchen poem. As 'Nothing Else' wails gentle and fierce. A reassuring 'loop'. Software: Gimp and Free Software as in GNU as in Gnu's Not Unix.1

CONTROVERSY (7:14) Written by Prince who plays all the instruments, the singer and producer. Lisa Coleman provides backing vocals, and it's possible Morris Day played drums and not credited? Released in October 1981.

Prince went on in 2009 to mention his concerns about Geoengineering during an interview. Remains controversial, being such a rare utterance on TV.

23:21: Boggin' off for the night. Wifi up and down is too frustrating and time-consuming. Need to resolve but intrigued it seems to happen when trying to do an elusive first proper post in yonks.

Can't face starting a new post with so little up here. Plod on in the morning. Soon-be-coming quick and fast. Once the wheels roll.