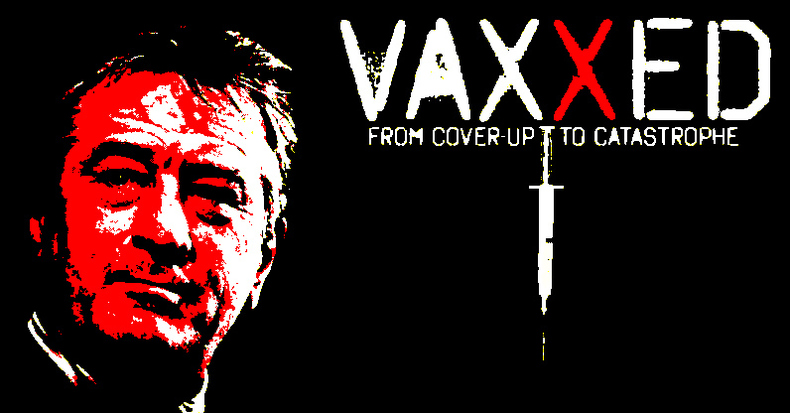 The vaccine film Robert De Niro won’t let his audience see… writes Jon Rappoport and although I agree it's disappointing the back-down came, surely the damage/blessing's, been done. It happened quick/slow enough to get two news stories. I'm guessing D'Niro is pleased with himself. Just an establishment enemy enough, but not… too much.

It's not a matter of freedom of speech, it's about needing or desiring, to have mainstream help. Expecting... 'their' help will be acceptable. I'm sure the pioneers should push but refusal, is somewhat honourable, considering the terrain. I'd rub salt in and celebrate.

I looked at a Sunday Paper today – I know, not best – and there was a bunch putting forward their top ever documentaries. All I can comment: No controversy there.

The unrepentant are adamant, the mad, bad, corrupt… even those using 'evil' – world, is full of over-reaction and this, the must, to be avoided. The hatred of the fanatic, those making too-much of what “isn't a conspiracy it's... chaos”. The unexplainable and certainly detailed claims its contrived on the masses by few. An – anathema.

I'm not sure I've explained that at all well. Or found what I'm looking for?

Jon R is an insightful commentator and a half, he can spell us out. Put our collective maps and compasses on show.

All I'm saying. Well writing. Is this D'Niro-gate has been instructive and I suggest not an insignificant move-FORWARD.

How many people have had the door opened this weekend? Think of all the partners, friends and family scorning this 'dangerous' decision by RD, to give those without their media-lords consensus agreement, a platform. The articles that've been written about it, that can't afford to give an inch, using the necessary disregard on every phrase. Again, I really believe some writers know what they're doing. Awakening through... just a little too, neatly, dismissive.

Among the listeners and readers this causes the one thing they're trying to keep down: over-reaction – and counter-reaction.

Best thing D'Niro's been in for decades.