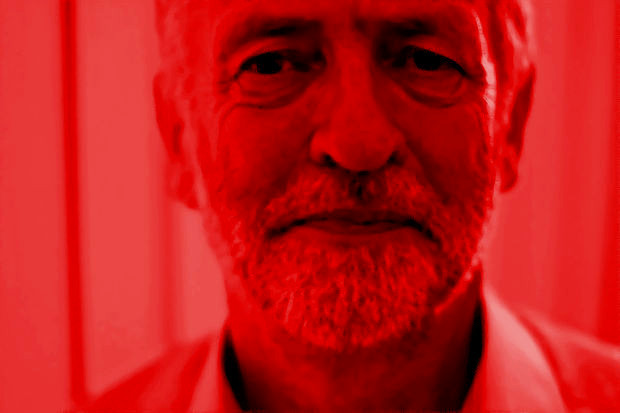 Politics. MP type. Watching t.v. news again after 15 years absence is surreal. This is the politics, with the mainstream 'tabs and broads'. Computing its credibility and how far that is absent. One shouldn’t-be-shocker is the banal avenues they go down. The pet obsessions that defy relevance. The disconnect with anything that 'is' news. Unless forced onto their schedule, these govt./money-conglomerate lackeys, filling the minutes with anything to sweep us along with their mock outrage. Or sillyness and... oh, sexual triv.

Mainstream news, is the news. The big story. The conspiracy conduit that itself can barely be underestimated in its complicity to evil.

Blame humanity or those 'pumping'? Both – us and them. But the lies the spew out from the 'press'? Digital sleepers. No wonder most people jump to any and every escape from the real news to sex, drugs 'n bass and, “leave out the 'serious' talk.

One overly-long (2nd) comment on The Burning Blogger of Bedlam's Why CORBYN Must Now Stand His Ground and Refuse To Go… Here's my first one, of which there are two thoughtful replies:

Aware of initial enthusiasm when first elected to the post, even chimed along with some non-socialist hope. (On ‘Tap’). Then those commentators who held faith dear, turned and decried, what they considered compromises over a number of issues. Anger/betrayal. I didn’t put enough in initially, to so-care. Yet, in shabby, flat, Westminster world, Corbyns integrity shines. Not since Tony Benn have I liked a top – maybe any level – Labour bod, as much. (Possibly at all/inc. all Politicians). Oh Michael Meacher, hearing his outside Bilderberg/Watford speech. That got my cheers. But MP’s, thinking, famous ones..? Or, one party over another..? Nada-me-like. Plus, all those seniour-enough, know the ‘awake’ news and perspective. How do they deal with this?

My thought is, this ridiculous display of parliamentary cufuffle, could be the making of Corbyn and that more-proper ol’Commie guard. At least they look like they believe something with good intentions, albeit, dangerous blind-spots. Or, some might say, ‘necessary consequences’? If I could leave them – Libertarian dreaming – in some region, and not have them attempting their benign world order..?

But as for “bomb em” H. Benn, Chuka Umunna and all the pseudo lefites… worse viewing (if must), than stuffed up Tories who at least don’t so hide there smug drive. Kate Hoey, a decent sort. Briefly met years back, candid and sincere. (Reading – now/tonight – they’re after her). Perhaps we’ll be able to ‘tell’ these next weeks/months through Brexit-upshot, more than ever; Who the cardboard, sometimes right-nasty, proud careerists are – more obviously?

At best it’s about people of the people. Somehow, this imbued through experience of living it and hard to quite convincingly fake enough, not to be instinctively rumbled. Those attacked this week are shining. Coming out of this, with an uninitiated(?) counter-coup, that will sift out those who should join the Tories. Peter Hitchens rightly noted, surprisingly the strong exit-ers from both the blues and reds, have more in common than would be typically expected? Globalists – who more them? Who are ‘in’ the second division levels of that sick cult? And who isn’t? Well, if anyone, Jeremy? Will listen to his post-Chilcot speech. Let’s see how far from elite-friendly?

Forgot one…Robin Cook. Oh and that speech he made. Again, as unlikely as you get a-Globalist. Honour life and liberty lovers. Today this makes you a whistle-blower. Ones deep in the corridors of Babylon, prepared to give their lives for all peoples, over and above their temporal security, with its poxy power and trinkets. Don’t they realise if the ship fully sinks the lifeboats aren’t for them?