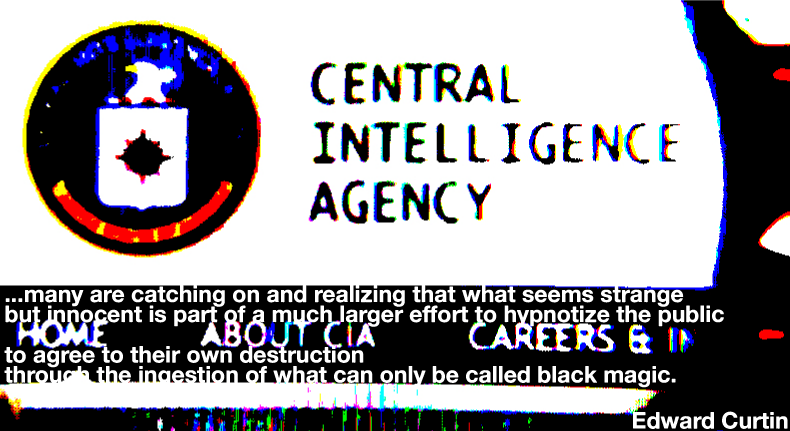 Or, at least indications what those in the deepest levels and HQ, 'think'... is going on.

What they're into. The fake reality, i.e. lost and lonely sickness. A three-card-trick for all us suckers who can't see it and walk away.

('Religion' as in the New Testament -- all but twice and positive -- 'to bind' and locked down into bondage).

Gods/God other dimensions, or bullshit? Some say it's grey -- or what have you -- terrestrials from the galaxy? The progenitors of humanity. Our genetic mums and dads.

All in all, it's a rough one for hard-core atheists. No surprise and a common denominator among the loudest sceptics debunking every-conspiracy going.

And here we've more delving and digging in: The CIA Then and Now: Old Wine in New Bottles.

This short potted romp and rampage through the less-told shaping of all we see is what ought to grip us.

'This is why events unnerve me' go Joy Divison, and 'Ceremony'.

We're in a synch'd out mess. Yeah?

We can Beat Back. No-three-ways otherwise but?

Here's my usual bash on:

Over-reacting Augustine of Hippo's early years all-dualism into Manichaeism screwed-Western-theology. And, much of philosophy, has wrestled and vomited extremes since.

We are not in a closed life and living. Not some dumb-reading Book of Revelation projection-supposed and miss-reading about now.

These bastards -- words fail me -- who got the guns, gold and think-god, are for defeating.

All we need to believe and know. What shaped and shapes. For those who've seen?

We face con men and women. If they could have destroyed us all or all but few -- why not?

Because truth and love hold us up and we can... Jesus' alive.

They know this and shudder. Best we do is love and be chatty to God. Open, at least.