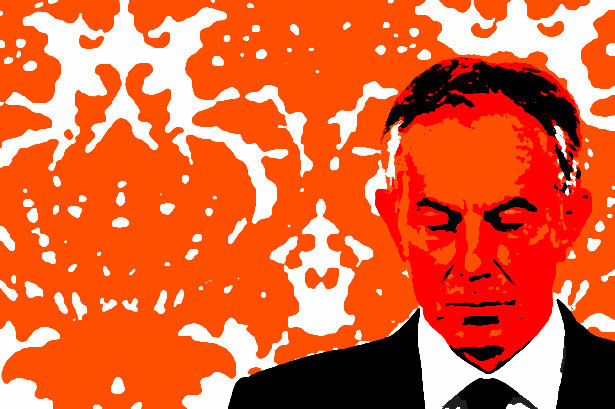 BREXIT: A Non-Partisan Guide to a Wacky Political Pantomime…

IRAQ: Chilcot, the ‘Trial of Tony Blair’ & the Suffering/Humiliation of the Iraqi People…

The thing I’m realising – through reading this – is how challenging moderate and measured thinking can be especially with complex subjects. Ones that don’t have as easy one-side to champion.

On balance held the over-simplistic, ‘remain offered no benefits and leave some possibilities – if only in shaking things up’. Not sure what this would bring. Of course, subsequent turn of events, now seem predictable. Not that I did, except that ‘leave’ would somehow be turned into ‘remain’. I thought ‘remain’ would be fraud-ed through and yet quickly suspected, the actual result was somehow elite-desired. Believe anecdotal post-polling, Scotland was rigged to, up-remain. Probably you have it right, that what ‘appears this disorganized and chaotic on the surface…’ is all steam ahead as planned.

Yet Boris is a bit too sleeve-hearted and now you mention it… yes, etc, etc. Thought Farage was genuine in his early misplaced prediction. Or again, maybe you have it; he was working on the hope and expectation a slim remain victory would cause more for future UKIP? Or maybe… these figures at this level, are this able, to act – and …I dunno?

What we/I do..? – is the turmoil. Whipped up race/ism = leave/ism. And over and above genuine violence and sick-abuse by racists for-real, false-flagging, more than likely. Because, here’s my despairing take; this result serves policies for disruption. Some argue there’s far less methodology in occupying and takeover global politics than we might think – more, scorched earth and whatever happens/happens. Very sadly, this is what the wacky race might be most about? Media/Politicians producing this, without much more than a nudge. And reading the ‘progressives’ I do, am saddened their asleep calls against this ‘new wave of hate’ are building up the true danger-danger and censorship.

Mustn’t be too long here. Your piece will please few. Those on clearer sides, obviously disagreeing. Yet, you present convincing lines. What to say/me?

Financial crashes obviously coming. And concerns of wider war. This looms in the background. What best? To avert, or at least make headway in the downturn, we need an awakening. Bog standard, conspiracy-aware, realisation. And somehow along the way, the push too far in certain directions, producing intellectual backlash into more reconciling sense. Realising we’re being elite-had through the media. ‘They’ not only bank on us not getting it together but being unable to communicate across differences for more nuanced understanding.

Hardly feel I’ve started in response to what you’ve written. Here’s an off-key-ish final remark. Something I’d like to write-out. Personal thang: Decided to limit which websites I look at. A dozen. Possibly links c/o twitter? And also how much time/when-on. And this got to do with ‘wacky’ above? ‘Consider carefully what you hear’. This/must.

We can win this around. Truly believe. Somehow will. And thank God for you and the few writing, what should be more carefully considered. But I sense myself feeding too much other. Again, excuse the ‘unbelievable’ talk, but ‘this kind – the unseen and unwanted – only come out through prayer and fasting’. That’s me in the corner… that’s me.

Thanks again for more thought provoking and informative words, with space to respond. Mulling your analysis. Await your next instalment.

'Thanks a lot, Mark. Did you just make an REM reference at the end?:)

Moderate and measured’ thinking is gone, for the most part. And you’re right to say this article ‘will please few’ – I’ve noticed a definite, measurable drop-off for my last few posts: probably because I’m not flying a flag for any team, but trying to be neutral, balanced and non-biased – which turns off most people, because they prefer to be in with a crowd and holding up placards.

You’re totally right to limit your go-to websites or outlets – I’ve been doing the same thing for a while. The low-grade quality of much of the so-called ‘alternative’ has gotten so bad now that I’ve gone full circle – meaning that I am more likely to be willing to quote a source from the BBC or The Guardian than from some of the truly terrible alt-media platforms.

As you mention, however, I suspect there probably is a major financial crash coming. And actually I’ve been talking to someone in Brussels, who thinks the Brexit may be a stage-managed trigger to set it off. I’ve been putting together an article along those lines, but will probably hold it back for a day or two.'

...whether this Chilcot Report accomplishes anything?’ In a few hours, “…Jeremy Corbyn”. Right and honourable? Let’s see? One accomplish, is the liars and lies, so jumbo – a tide in the pop-psyhe, reluctantly pushed to consider; Kelly, Cook and those… free-falling towers to Orlando? OK 7/7. Got your ‘won’t mention’ but those yapping, “you nutto conspiracy cynics” are having a most vulnerable, bad/day/today. Brits reluctant to believe such ‘reposts’ contained on websites like this – that mainstream/govt./mainstream narratives, are most often WMD’s – leaves a terrible logic on the media landscape. Knowing or saying we do, mostly established currency, is now on ‘paper’. Strength in symbols. Those with ambivalence about the Iraq war (or worse), are conspicuously most against, truth-ers and free-er speech. So this Chilcot business, let’s go – A.B.C: If they’re prepared to all but admit, suffice escape ‘cells’ – lied this-much? For these outcomes? What/where/else, might be/also a cover-up? It’s going to rouse their inside the camp but outside critics. An indication for us, those caring more for truth-telling and holding Blair and co to account, than position and reputation. Your two earlier articles a fitting requiem – get upset again – for about the greatest horrors of our times. We might read and hear some off-message insider blow a trumpet? Let’s hope.

It was interesting today that Corbyn chose not to attack Blair or even mention him by name, butjust spoke instead about the party and about parliament in general. Blair, on the other hand, has been attacking and condemning Corbyn every chance he’s got.

Yes, best note was, “Robin Cook spoke…” Jeremy obviously believes the party must be rescued. First and foremost. Word is, they’re going for ‘start a new party’, or buckle-down? Not that I’m reading too internet-widely or otherwise but be interesting to see who does get ‘feisty with a name’? Conversely, who sheeps-up? The m.media are the most exposed. ‘Complicit’ is an understatement.