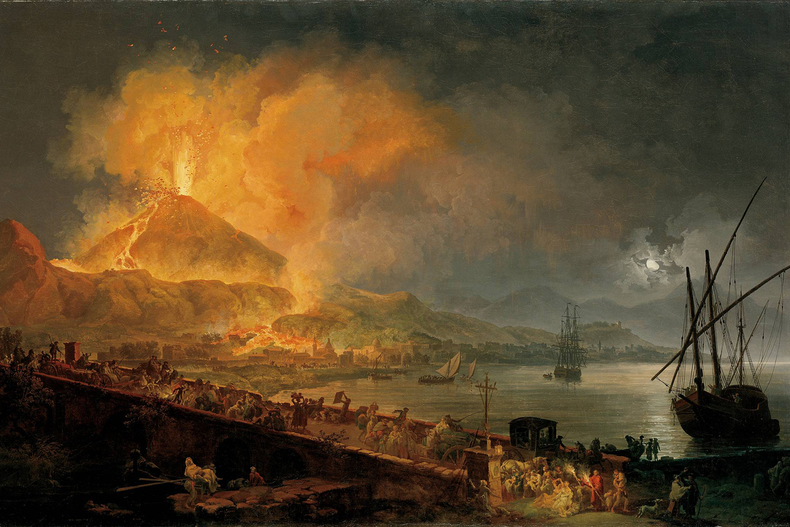 When Mt. Vesuvius blew, no one knew when it would happen or how big the eruption would be. Everyone knew a volcanic event was going to occur and yet, the magnitude of the event caught a lot of people by surprise. The eruption destroyed two Roman cities and several surrounding settlements. It killed an estimated 16,000 people. The question is, how come more people didn’t leave the area surrounding Vesuvius when they knew that something was going happen at some point?

One difference with the period coming up to 2008 is Peter Schiff, quoted above, faced the pundits of peace and prosperity: Ridicule, decry - man was mocked.

That said, his expectations (and the alt. like-minded few), over the subsequent years, didn’t blow up. Ever-able market manipulation kept the eruption down. A surprise for those of us who joined their predictions. And still... it seems to bubble and burst along, signs, redundancies, refugees... but where and when the ka-pow?

MSM goal-posts moved, the seriousness of the wreck - somewhat - finally embraced. My gut analysis is current lines are; “it was individuals on the make... 2008” (i.e.‘The Big Short’) with some but, not all-so systemic, failure - but why not further? Regulation is said to be missing but how about the blatant depths? And opinion makers must know ‘more’. Crime is a popular interest but the City ones aren’t. Few icebergs tip through but even they are called irregularities more than grand fraud and an offence. 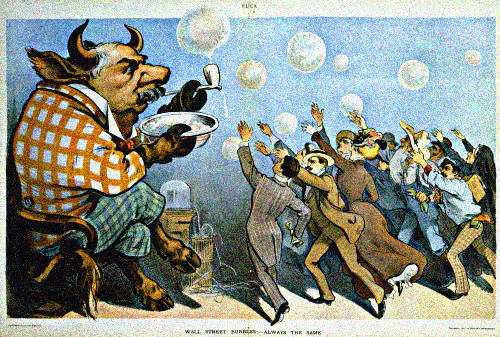 Maybe fear and hope? Let’s not “say...” because, it might contribute to making it happen. Closet superstitions?

I get Chief Eds pick crews to sufficiently coerce along when/where necessary, or be ideologically inclined - but where’s some more Matt Taibbi’s? One in their midst who wrote; Conspiracy theorists of the world, believers in the hidden hands of the Rothschilds and the Masons and the Illuminati, we skeptics owe you an apology. You were right. The players may be a little different, but your basic premise is correct: The world is a rigged game.

At the moment the comics come closest to be given space to push past the mediocrity. Frankie Boyle has somewhat taken R. Brands mantle, gets a good laugh but you can feel the fences tumble, as he sling-shots, beyond the tame or inaccurate

Max Keiser breaks it down, again and again. And again: In the UK, there is no limit to rehypothecation... - do we hear much about that in the smart rags?

In answer to the question above, where to leave and what to do? Peter's comments are primarily to those with assets to manage. If like me, that’s not much of a case there’s; psychological preparation and social living ways. Must consider? And blab.

But here's m’bable on, for tonight.