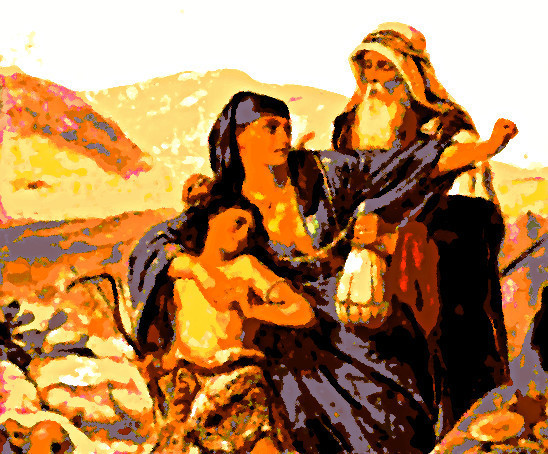 Posted a comment, yet up, on Aangirfan's ABRAHAM, KING DAVID, MOSLEMS, JEWS, CHRISTIANS

Maybe (“I don't really wanna know...”) – old myths true/false, which/what/none-are? Historical or fantasy? Purported records not archaeologically backed – while face-up, first-read, not at all seems just and right in some of these pictures of God. So why believe? Be thou a monster and likely real as Disney-works? Why go on with?

Feel cautious to tell. Don't want to rile-up. Might? Some plugs for God-real 'n located in Jesus: Not unreflective in otherwise supposed 'places'. So in this sense – 'God' does not belong to any one religion'. As for madness in Muslim life because..? Compared to? And how much so-called Islamic behaviour motivated, not by could-be Koran or Imam, more a 'cultural' outworking. In other-words, how many Muslims are born into family-like influences rather than more-consciously embracing theology? And I've found no evidence in urban UK that Muslims aren't about as relatively, socially productive, as others? Zilch. Extensive field-studies on that one. As for overseas… again, links to the 'Book' or what else is driving, where sick and destructive? Muslim converts to Christ tell me it's all Koran-ic but they refuse to 'wake-up', so 'false-flags' seem to be attributed to, and all about, Muslims/flags. (This recently growing in Truther-parts in the fight against the acceptance of widespread immigration).

Better not labour on. M'comment: you've obv. every reason, to ask and propose, what you do. It's the Biblical-way. (Examples in Jesus and early church). Links religion and troubles stand. Question is, how far and much? Not only "depends on which archaeologist you ask." Also, interpretor of myths. As for God = real? If right here, right now – ask directly? This, the other approach. And open the Bible and read, perhaps saying “supposing...” but knowing 'we' claim, you only finally know, coz y'know.