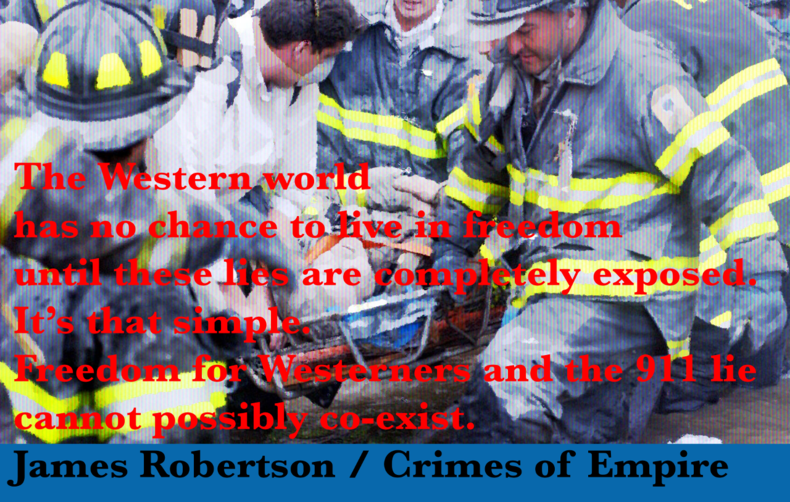 Of all the false-flags that make you go, “why this far..?” – Why make such spectacular destruction? 9/11 is one major passage in the ultimate green-lighters bad-spel of lies and deceit.

An argument can be made, this can only reasonably be assessed as coming from those intent on fulfilling deeper meanings and/or yes, cynical, perverse, motives?

These myth-makers went at least one building beyond, necessary to achieve subsequent; globalist lock-down, war and money aims.

Seems they need to want we believe, without doubt this world is 'their' world, with symbolism following. Imprinted in us, if we don't reject.

What evidence we have suggests, speaking to some manifesting 'otherlies' they claim to 'meet' – all proclaiming the 'bad news' they follow.

Contend they're fighting other myths. True ones in mine and – assume they know, to some warped extent – their books. These closest to hell, darkest-disciples, are under a spell in connecting with entities that deceive them.

In the closet but “coming out” – wanting worship and voluntary sacrifice.

They think there'll win or at least defeat the God of love and truth's promises for this world. This assuming they escape the fog enough to look and see.

“Have you come to destroy us...” the spirit cried out to Jesus.

But sex and drugs and dancing with demons puff their bravado such, they really 'believe' otherwise. So compelled. Religious 'crack'.

They're no joke though and there's no sympathy or grudging respect here. Nasty killers who need to be gone. Removed. Again – in some ways – they might know this but... they started/no way to get off.

Like a certain Pharaoh, they will not back-down in the face of God's offer. Gone beyond… God may even harden these ones heart's on occasions. This exceptional. But the escape route is possible for God-and-good-seeking peoples to accomplish.

And life-beyond? Whatever hope for eternity to live and in love – some will be asking to be destroyed. This lot are certainly them.

To repent would most-literally mean giving-up their lives for God. (Actually means this for one and all but – you can imagine? – for those leading the death-cult). They show all the signs of anti-Christ. The warning of a second death awaits them.

But like the towers, believe they can destroy sufficient, to see hate triumph.

Be honest my thinking over them and what God has and might reveal, is in its infancy. Would/and will, take me getting alone and on to some real-revelation to get better light. (And apologies if this isn't quite holding to make more, not less understandable).

But 9/11 is a gateway into the hidden revealed. 'We who refuse' (and this is what it takes) to believe the teenager grasping truths about this event, is to be a card-carrying follower of the deceiver's creed.

For this is their message; “trust us through your senior politicians, business mogals and lackey media and welcome us to bring your demise and extinction.”

We might be full of God's love otherwise but this stands as a confession in pretending, proudly resisting or too petrified to face; On the morning of September 11, 2001, 19 men armed with boxcutters directed by a man on dialysis in a cave fortress halfway around the world using a satellite phone and a laptop… More

But you know as I write this, can tell, still scratching surfaces. These future Truthscoop posts – God willing – will re-introduce other's older-posts where I've commented. The aim is to clarify some of my garbled, knocked-out quick comments in more… try-to-be more understandable rewinds. Could only get a paragraph in on this article before putting on the hazards.

As for 'one' message? The backdrop of many, is what I'm scrabbling at here. The architects of inhumanity are self-revelators. And while arguments for other than 'religious aspirations' can be reasonably made, it's not difficult to suspect, it's a lot about the unseen and faith.

To wrap-up. The Parable of the Sower speaks of planting seeds. What brings a harvest and what not. The word sown are Bible-words today/in the main.

9/ll mythology is them doing the opposite of the Bible. Mirrored and their madness.

You might think I'm amping this to suit my Gospel preaching but I'm trying to remain 'with qualifications and questions' about what this bad-old world order lot wants/why – even if I'm a long-term-er and live cert. about Jesus-seen, God.

911- the Crime that Will End the Empire by James Robertson 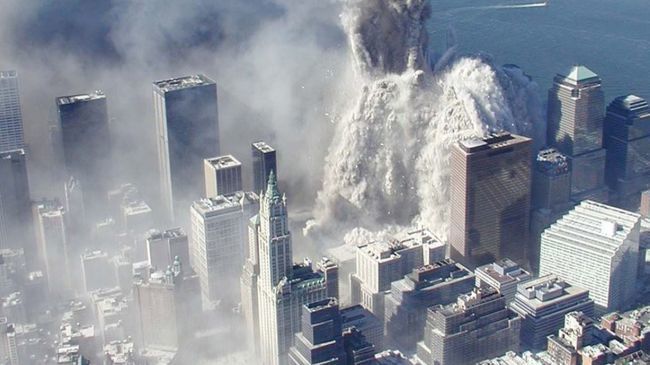 September 11th 2001 the Crime that Will End the Empire

The truth about these events is neither comfortable nor palatable. However, until these atrocities are properly investigated, and the authors of the crimes sanctioned the West will remain a doomed and wounded civilisation being steered from one useless and futile war of choice to the next on the back of lies, manufactured threats and false flag terrorism. The Western world has no chance to live in freedom until these lies are completely exposed. It’s that simple. Freedom for Westerners and the 911 lie cannot possibly co-exist. That’s to say nothing of the incipient Police State that is still being erected on the back of the fear and loathing generated by these events right across the Western world.. Literally millions of human beings have faced sudden violent death in the Wars propagated on the back of these hideous and grotesque lies along with the thousands murdered in the event itself. I do not expect or hope that anyone would take my word regarding any of these events, I hope to provoke people to check the facts for themselves and discover the inescapable fact that the September 11th attacks were entirely conceived and conducted by Westerners. The version of events that has been promoted by the Western political leadership and media bears almost no resemblance to the facts. We are not talking about a “couple of anomalies” but instead completely blatant and obvious mega-lies.

The Path from Uncritical acceptance to Critical Scrutiny.

I watched these events as they happened late at night in Australia. It never occurred to me for a second that the perpetrators could be anything other than anti-Western terrorists,I had heard of Osama bin Laden and had seen video of the man making numerous blood curdling threats and declarations of War against the West, so when the group under bin Laden’s control was blamed, it made perfect sense to me.

After all I had never heard of Operation Gladio , had no idea that Western Intelligence agencies had been responsible for mass murder and terrorism in Europe since the late 1960’s and had been caught blowing up the Bologna Train station in August 1980, killing 85 people. I knew not of the Brabant Supermarket massacres in Belgium, civilians brutally murdered by CIA assets and agents to promote the perceived interests of NATO and the Belgian Security State.

The beauty of these mass trauma based mind control technique http://www.zengardner.com/911-occult-trauma-based-mind-control/ is that the credulous audience are completely unaware of what has been done to them. I viewed this event from the conventional point of view for a decade after it happened. I was targeted successfully along with billions of others and convinced that a completely insulting and ridiculous story was true because we were all fed the same story at the same time, while we were still upset at what had happened and therefore highly malleable and completely incapable to look upon these events from a rational and critical point of view.

When I begin to hear facts and opinions contrary to the Official account in early 2002 I dismissed them immediately. When a friend mentioned that Thierry Meyssan was stating that a large passenger aircraft had not struck the Pentagon I retorted,”So what happened to Flight 77? Where did it go?”

When a friend mentioned that a group of Israeli men had been arrested after filming themselves celebrating the attack I said “Sure it plays into their narrative but that doesn’t mean that they had anything to do with it.”

When I finally was persuaded to check the veracity of the Official story,just following the Tenth anniversary. In 2011, I was absolutely flabbergasted astonished and mentally shattered to discover that the Official story cannot possibly be true. For this realisation implied that my entire world-view up until that time had been based on false and incorrect assumptions..

Until that time I was living inside the shared illusion of the well inculcated Westerner and it was a rude awakening. I spent around a month reading up on the attacks, I found the Complete Timeline of 911 project very helpful, and read the article “the Destruction of the World Trade Center” http://911review.com/articles/griffin/nyc1.html by Dr. David Ray Griffin made it simply impossible for me to cling to my cherished assumptions any longer.. I remember feeling an overwhelming gratitude towards David Ray Griffin and all the other people who had not been completely fooled as I had been.

At that time I completely lacked a broad conceptual understanding of what had happened, I simply knew that the Official explanation for the destruction of the New York buildings could not possibly true. If I had been asked I expect I would have suggested something along the lines of “They must have allowed the terrorist hijackings to happen and then augmented the attack with explosives inside the building.” Since that time I have discovered a number of facts that make it completely clear that there was no suicidal hijacking attack using passenger aircraft on September 11th. at all The entire attack was a manufactured work of fiction. The entire program was implemented by Westerners and the whole al Qaeda hijacking story is simply a blatant and outrageous lie and this can be proven very simply.